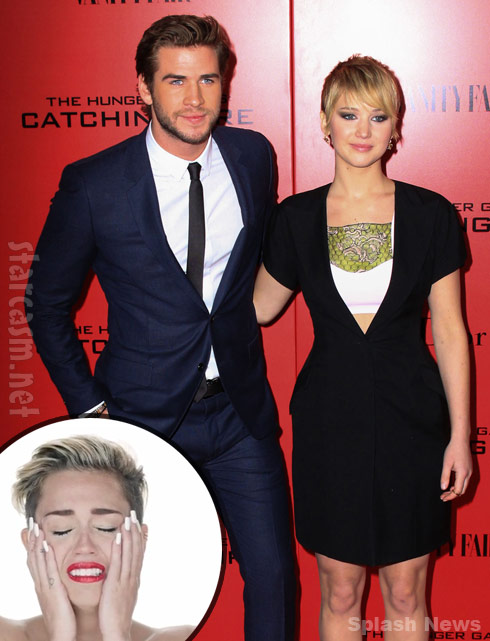 In an interview with the Associated Press in promotion of his film Catching Fire, actor Liam Hemsworth talked about how he’s doing since his split with Miley Cyrus and how his costar Jennifer Lawrence has helped him find perspective.

“I’m more comfortable in my own skin than I’ve ever been in my whole life. Over the last five years I’ve learned so much. The first few years in LA were really tough and scary, but I had to figure things out for myself.”

It’s been two months since Miley and Liam’s split in the wake of cheating rumors. Hemsworth explained how he remained grounded during the intense media storm that erupted when the story broke:

“What I always keep in mind is that I know what the truth is and that’s all that matters. I know I’m a good person and these days I feel like I’m more centered and grounded than I’ve ever been.”

Along with reading “a lot of zen books,” kickboxing and surfing, Hemsworth credits his affable and infectious Hunger Games costar Jennifer Lawrence with helping him to remember to live in the present:

“For a few years I went down a path where I forgot to be in the moment and enjoy the moment. But being around someone like Jen, who is so honest and laughs all day long, I am forced to be in the right now. I’m much happier.” 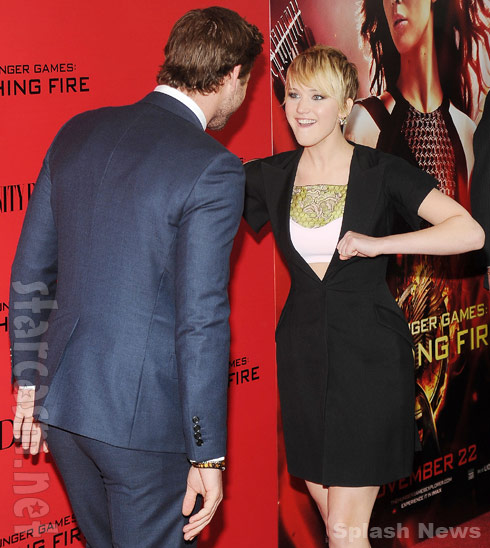 Liam Hemsworth and Jennifer Lawrence have a little twerk-free dancing fun during the New York premiere of Catching Fire on Wednesday (11/20/13).

A couple of weeks back, Lawrence made headlines when she addressed the sexualized image of many young pop stars, directly citing a diminutive dancing performance by Miley:

Liam’s older brother and star of Thor, Chris Hemsworth, applauded his sibling’s ability to keep outside distractions at bay:

“I am far more sensitive to that stuff and would probably take it more personally. My No. 1 rule is don’t Google yourself. But Liam can just close the door and go `Yeah, whatever.’ I admire that.”

Zen, kickboxing, surfing and hanging with J-Law sounds like a pretty darn good recipe for any young man looking to recalibrate his groove.