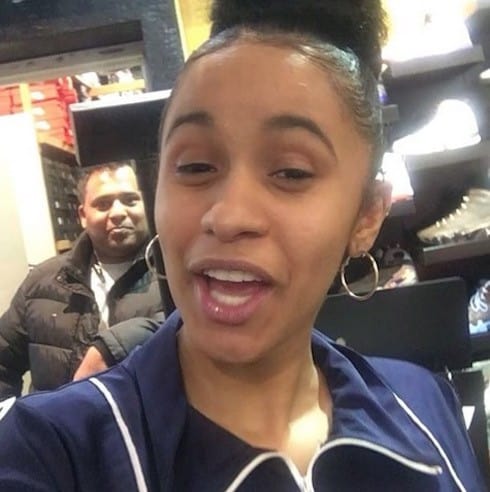 Cardi B was unquestionably the breakout star of Love & Hip Hop New York’s sixth season, and received widespread acclaim for her hilarious shade-throwing ways. But one thing that fans didn’t hesitate to let Cardi hear about was her teeth–and their comments cut her deep. So, in between seasons, Cardi made a switch…one that now has haters doing double-takes.

Cardi discussed the nasty comments she got from those same haters during a Breakfast Club interview last year, one first reported on by BET. “It’s like, ‘damn fix your teeth, fix your mouth, you still ugly’ and it kinda breaks you down,” she said, at the time. Cardi added, “But it’s like, whatever.”

But it clearly wasn’t just “whatever,” because Cardi dropped some big money on a brand-new set of chompers. And after getting them, Cardi took to her social media platform of choice to show off her new set of teeth and let fans know that they do, in fact, exist. Surprisingly enough, she did so in understated, non-Cardi B fashion, choosing to say nothing about the teeth and instead talk about her upcoming attendance at a DC Pride event. But fans noticed the change:

(Photo credits: Did Cardi B get her teeth fixed via Instagram)

PHOTOS What is the difference between leopard and cheetah print?