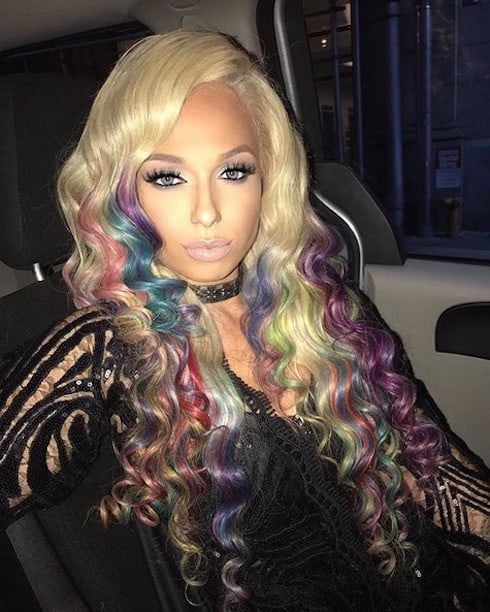 After James R tried to put some moves on Sophia Body and wound up sparking a huge brawl, are Mariahlynn and James R really dating? Mariah’s mentor DJ Self gave her some hard advice about the situation–and it looks like the LHHNY veteran might be consolidating her power instead of worrying about a former flame.

We’ll start with Mariahlynn and DJ Self, who get into the issue that so many Love & Hip Hop New York viewers seemed to have with James R after last week’s episode: namely, just who does he think he is? Mariahlynn admits she was taken aback when he took the mic from her at her own listening party, and further adds that James invited himself to the party. “He should never be onstage with you,” Self says, “sharing your spotlight.”

DJ Self never holds back, calling James R “a little boy toy,” and “lame,” and says he’s “a real opportunist” who only wants to use Mariahlynn “as a real avenue” to jump-start his own career. (Click here for our in-depth feature on James R’s past, along with his current ambitions.)

When it comes to outright cutting things off, though, Mariahlynn is unwilling to make the move:

“I already shut him down,” Mariahlynn says. “We’re just two people getting to know each other….I got to find out if he’s a cookie, or a crumb.” (Which would suggest that she has very small hands, but OK.)

“And,” she concludes, “if he turns out to be a crumb, I just got to throw him in the garbage.”

After last week’s episode aired, it was Mariahlynn’s turn to keep from holding back, taking to Twitter to re-tweet some shade for James R from fans–and to tweet out shade of her own: 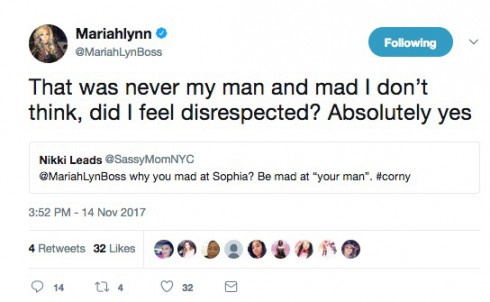 Mostly, though, Mariahlynn reinforced her own strength. She’s here for herself, and doesn’t need or even necessarily want the support of a romantic partner. But she does try to keep things positive–for the most part 😉

When your in your own lane there ain’t no traffic

When you don’t move like them it throws them off

I’ve never been the type to want anyone’s spot just create my own?

Finally, here’s the official video for “Too Much Money,” Mariahlynn’s single from the launch party, which is now also available on iTunes: