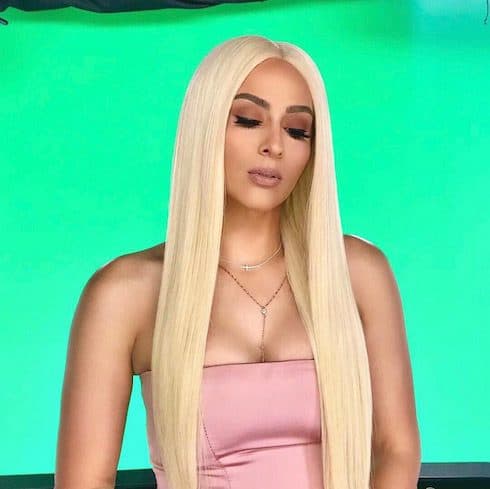 Veronica Vega from Love & Hip Hop Miami is again under fire for her ethnicity. She’s claimed both African and Latina ancestry in the past, but a new clip featuring some of Veronica’s family members has LHHMiami fans wondering once more: Is Veronica Vega black? What is her ethnic heritage?

The long-simmering controversy over Veronica’s “true” ethnicity boiled over after VH1 dropped its preview for the next Love & Hip Hop Miami episode. One scene in the preview involves Veronica, her sister, and her grandmother. And, since all three women have light skin, commentary across social media focused on whether Veronica Vega is really black after all:

It’s only been a few months since the last time this controversy came up. Veronica’s use of the N-word during Love & Hip Hop Miami Season 1 was a big topic at the first reunion last spring, partly because she at different times appeared to claim direct African ancestry and argue that her experiences suffering discrimination qualify her to use the word.

“When I walk into a room full of white motherf*ckers, look what happens: They treat me like an other,” Veronica said, earlier in the season. “Your skin might be darker, my skin might be lighter — but we all black, girl. We came from the same place.”

Then, during the reunion itself, host Nina Parker again mentioned that Veronica has said her great-grandmother was “African.” In the same question, Parker asked Veronica what her ethnicity is *and* what ethnicity she identifies as — which, of course, are two different questions — and Veronica answered “I’m black. Absolutely.”

Veronica often speaks at length about her multicultural upbringing in Hialeah, one of the largest cities in the Miami metro area and a place where well over 90% of the residents have Latino ancestry. “Latino ancestry” can and often does include African ancestry, and Veronica’s comments on the city make clear her belief that whatever a person’s specific ethnic background, growing up in a place where everyone “struggles together” mean community is in some ways more important than ancestry.

Here’s Veronica discussing Hialeah and its importance to her upbringing in a long interview with Today’s Loop from shortly after the LHHMiami Season 1 finale. (Veronica’s specific comments about the city start at around the four-minute mark.)

At least one of Veronica’s LHHMiami co-stars has gone on record saying that Veronica’s use of the N-word isn’t as controversial as people might believe it should be simply because of how widespread the word’s usage has become. Speaking to The Grio, Amara La Negra — herself no stranger to outcry over skin color — said “I’m not fond of [Veronica],” but added, “to a certain extent, I do understand.

“We shouldn’t be saying [the N-word] anyways…but it’s become more of a cultural thing,” Amara explained. “It’s become more of a thing that people just say. My biggest thing is that nobody should be saying it anyways. But I guess because [Veronica] did grow up — according to what I know so far — she did grow up around the African-American community, she felt like she was part of it.”

LHHMIAMI Did Lil Scrappy and Shay get together after he married Bambi?

IAm Compton explains the Black Ink Compton theme song, ‘I Do What I Want’