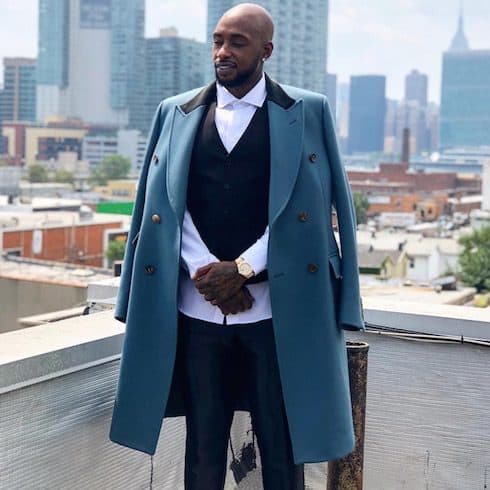 Black Ink Tattoo and 9Mag both rose to reality TV fame under Ceaser Emanuel’s ever-expanding Black Ink Crew brand. And Ceaser, who just opened up his newest Black Ink tattoo parlor in New Orleans, now has a network of five shops nationwide, with a sixth on the way later this year. But does Ceaser own Black Ink Chicago? And what’s the relationship between Ceaser and 9Mag’s Ryan Henry? The confusion, it turns out, stems from the fact that both men have high-profile shops under the same brand, even though the brand has only to do with the TV side of things.

Does Ceaser own Black Ink Chicago? Or does Ryan Henry?

Black Ink Crew the TV show came before its Chicago variant, which means Ceaser Emanuel got a head start in the mogul game. (Though, to be fair to Ryan, it’s not clear that he wants the same thing.) As of this writing, Ceaser owns tattoo parlors in New Orleans, Atlanta, Orlando, and New York City — where he has two. (Black Ink Philadelphia is scheduled to open in late 2018.)

Ceaser opened Joaquin’s Ink, his first shop, in 2011. Ceaser’s brother Joaquin died in a Brooklyn tattoo parlor, and Ceaser — who was already an artist, tattoo artist, and graphic designer — decided to take a risk and open his own shop, naming it after Joaquin. Ceaser’s success (and a prior relationship with VH1) led to a rebranding and the Black Ink Crew pilot, which was well-reviewed. The network ordered a full season, and the show debuted on January 7, 2013.

At the same time and 800 miles to the west, 9Mag opened in Chicago’s Pilsen neighborhood. The successful new shop caught the eye of VH1 execs, who were already looking for a second tattoo parlor in a different city for a potential Black Ink Crew spinoff. Filming in 9Mag began in 2014, and Black Ink Crew Chicago debuted in late 2015, one week after the original Black Ink Crew wrapped up its third season.

Black Ink Crew Chicago winked at this issue once before

The topic of ownership (and territories) came up during a brief, comical exchange in Black Ink Crew Chicago Season 3. While working at the Philadelphia Tattoo Convention, Ryan noticed that “Chicago” appeared in a list of Black Ink-affiliated cities on a banner in Ceaser’s booth. So Ryan, half swaggering and half joking, decided to call Ceaser out.

“Hey Cease! I got a f*ckin bone to pick with you. You own that, that, and that,” Ryan says, pointing at the first three cities on the list: New York, Atlanta, and Chicago. Ceaser, picking up what Ryan is laying down, says “I own one-two-three,” and that Chicago is on his banner “by association.”

When Ceaser asks about a purchase price, Ryan says that 9Mag “motherf*ckin ain’t for sale, god damn it.”

“Everything’s for sale,” Ceaser shoots back.

Again, both Ceaser and Ryan are smiling and laughing throughout the exchange, which appears to be (mostly) lighthearted. But it’s also clear that Ryan doesn’t want anyone horning in on his territory. In a confessional, Ryan specifically says that it’s not just 9Mag: the entire city of Chicago is closed to Ceaser and his brand-building ways.

“I know Cease trying to build an empire, you know,” he acknowledges. “But Chicago…you know, that’s me, man. That sh!t is off-limits.”

Which isn’t to say that we won’t see Ceaser try another, more serious takeover in the future — especially now that Black Ink Crew Season 7 is airing. You can catch new episodes Wednesday nights at 9 on VH1.

Who is Peter Quill’s father in Guardians of the Galaxy?