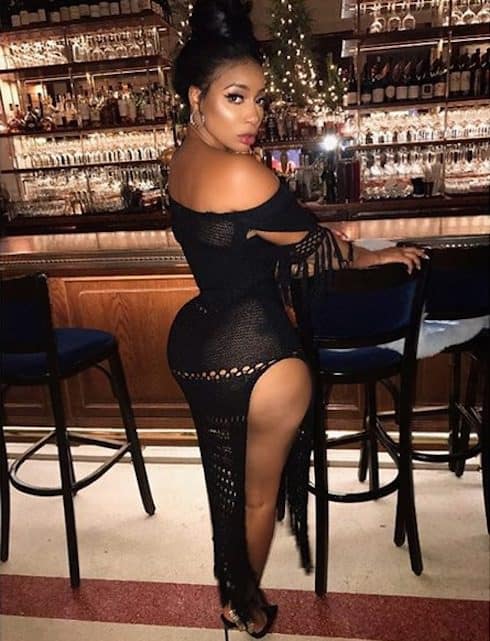 Love & Hip Hop Atlanta‘s Tommie has reportedly had yet another public throwdown. Only this time, instead of brawling with Joseline, Tommie apparently attacked a jewelry store employee at Atlanta’s upscale Lenox Square Mall.

The LHHATL Tommie jewelry store fight story breaks down like this. According to TMZ, who broke the story, Tommie and an “unidentified man” were browsing at Henri Bendel on February 1st with a store employee named Daniella waiting on them.

Witnesses told TMZ that “Tommie became increasingly rude while shopping.” When Daniella “decided to confront [Tommie] about her attitude,” Tommie got “set off.” Surveillance cameras “captured Tommie yelling at Daniella” — and Tommie then “[came] around the display case to,” in the words of the police report, “slap and punch [Daniella] repeatedly.”

The manager broke up the fight, but not before Daniella “suffered bruises on the left side of her face and eye.” She’s apparently “lawyered up” and “wants to press charges” against Tommie, who has yet to respond publicly to the claims.

And the store manager also told the police that Tommie and the man she was with are frequent visitors to the store, where they’ve “tried to steal items in the past.”

Publicity-wise, the LHHATL Tommie jewelry store allegations are just the latest in what’s become a long year for the reality star. Before this, Tommie got dragged and had her “dark past exposed” by one-time mentor Karen King. She was also kicked off a plane after getting into an argument with the flight crew — just days after her wine line’s debut on LHHATL sparked new alcoholism fears.

The silver lining? Since Tommie hasn’t been arrested in connection with the allegations, she doesn’t have another mug shot to add to her collection.