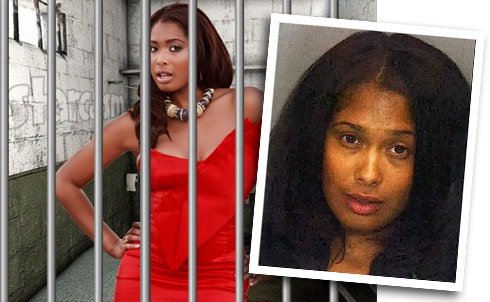 In case you missed it, Althea was given a ten-day jail sentence with no bond after making contact with her ex Benzino at the courthouse on July 19. According to online records, Althea was released at 1:33 EST this afternoon, and TMZ shared some photos of Althea looking quite glamorous as she flew the coop:

They must have had a salon in that jail because Althea certainly didn’t look that way when she went in! Here is “Thi Thi” Athea Heart’s mug shot photo, first posted by The Jasmine Brand on Tuesday:

Since her release, Althea has returned to social media, but only to share a couple of retweets — so far. Stay tuned because I am guessing Althea will have something to say about what happened!