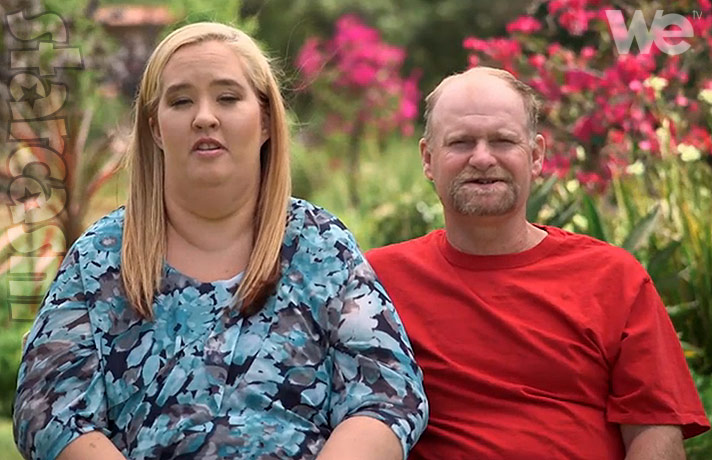 Here Comes Honey Boo Boo matriarch “Mama June” Shannon and patriarch Mike “Sugar Bear” Thompson return to the small screen Friday night when they try to redneckoncile on the new season of Marriage Boot Camp. The self-proclaimed “shack ’em up mates” parted ways back in 2014 after it was reported that Mama June caught Sugar Bear looking for love on various online dating sites, but it’s now come to light that Sugar Bear did more than just look for love — he found it! With a family friend! And his affair was discovered by Mama June’s daughters!

“It was a lot more than internet chatting,” Sugar Bear confesses in an interview clip with toofab (included below). “My biggest issue was my cheating,” he admits. “I’ve done that and shouldn’t have and I look back on it, I regret it, and I wanted to go to Marriage Boot Camp and get the help that I need, and try to work on my relationship with June.”

“People are going to see a side of Sugar Bear they didn’t see on Here Comes Honey Boo Boo,” Mama June says in the video. “So, I think the fans are gonna be shocked a little bit; people in the house were even shocked because they were fans of the show. I just told him to go in there and be open and honest; it’s not a vacation.” 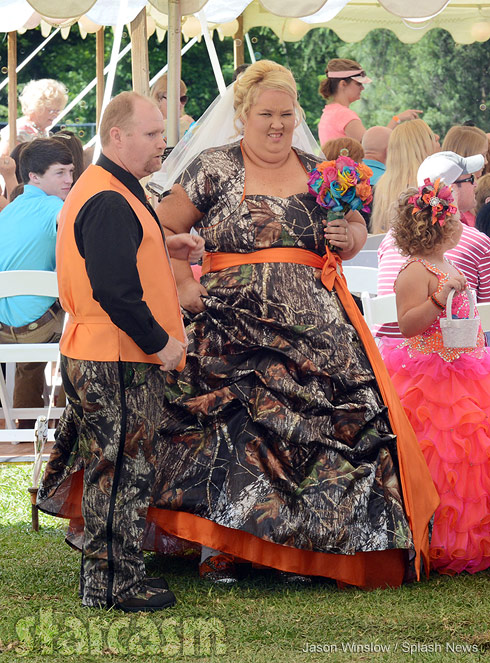 Mama June says the affair was extra painful because it involved a family friend. “It was really hurtful because…it was a good friend of ours,” she reveals. “The woman had been to dinner several times,” she adds.

So how did Mama June find out about the affair? “The girls were actually the ones who found the text messages and stuff in his phone,” she tells In Touch. “They were very devastated.”

Here’s the Mama June and Sugar Bear interview from toofab:

Mama June says she tried to tell Sugar Bear to be careful, that women were going to try to take advantage of him because of his fame. “I told him, a lot of times, people aren’t liking you for Mike Thompson, they’re liking you because, Sugar Bear, you’re Honey Boo Boo’s dad,” she reveals. “You gotta realize who’s really there for you, and who’s a fanatic and just wants to say ‘Oh my god, I slept with Sugar Bear!’”

Mama June even shared a mild Marriage Boot Camp spoiler by revealing whether or not she and Sugar Bear are still together after taping the show. “We are still living separate,” she tells toofab. “We see each other on the weekend and there’s some things he still needs to work on. The trust is still not there 100%. I still tell him, in the house you need to be honest no matter what the consequences are.”

She also says that she will address the scandal involving her alleged relationship with ex Mark McDaniel, the man convicted of molesting her oldest daughter Anna when she was only eight years old. Reports that she was seeing Mark again after he was released from prison lead to TLC canceling the show in October of 2014. “The truth will be revealed about that,” June says, adding that she even took a lie detector test on screen to prove there was nothing going on. “The truth will be revealed about everything. I had nothing to hide going in,” she added.