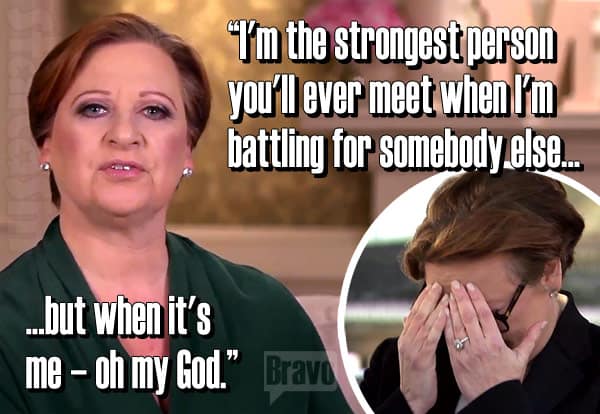 The Real Housewives of New Jersey spin-off Manzo’d With Children returns to Bravo for Season 3 this fall, and in the new preview trailer it is revealed that the “thick as thieves” family will be struggling with more than just the usual drama as matriarch Caroline tearfully reveals some very startling health news.

Most of the trailer is the usual Manzo family hi-jinx with lots of sexual humor and silliness that is best summed up (as usual) by a Caroline quote. “What do we have?” she asks. “Three kids that don’t have the balls enough to go and live their life?”

Things take a more serious turn when Lauren has a heart-to-heart with her husband Vito about their difficulty conceiving. “I get nervous that we haven’t gotten pregnant yet,” Lauren tells Vito.

We then see Lauren with mom Caroline on a sailboat talking about the same issue. “I wish you would have told me,” Caroline says. “I don’t know if you feel like [when] you’re struggling you can’t come to me?”

At the end of the clip we see Caroline with husband Al as she reveals to him that she has a lump in her breast that has been causing her discomfort. In Caroline’s voice over she says: “I’m the strongest person you’ll ever meet when I’m battling for somebody else. But when it’s me, oh my God.”

The video then cuts to a scene where a very emotional Caroline reveals to her entire family “Listen to me,” she says through tears, “I found a lump.” 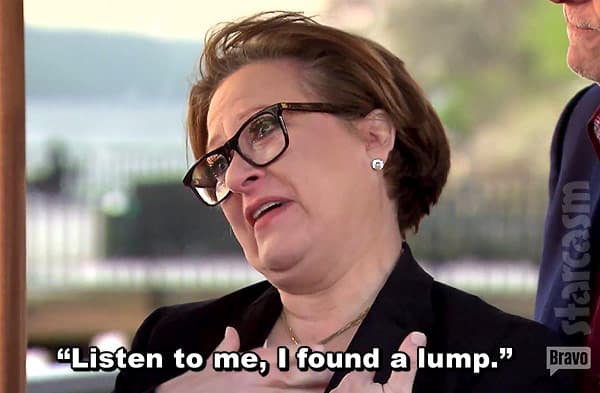 We certainly wish Caroline the best health-wise, and of course we hope that the lump turns out to be benign, or easily treatable if not.

The cancer scare is just the latest medical issue to be a central plot line on a Bravo reality series. Thankfully, we assume other cast members won’t accuse Caroline of faking it, which is getting to be Bravo’s rather tiresome modus operandi.

Manzo’d With Children Season 3 premieres with back-to-back episodes on Sunday, September 11 at 9/8c on Bravo.