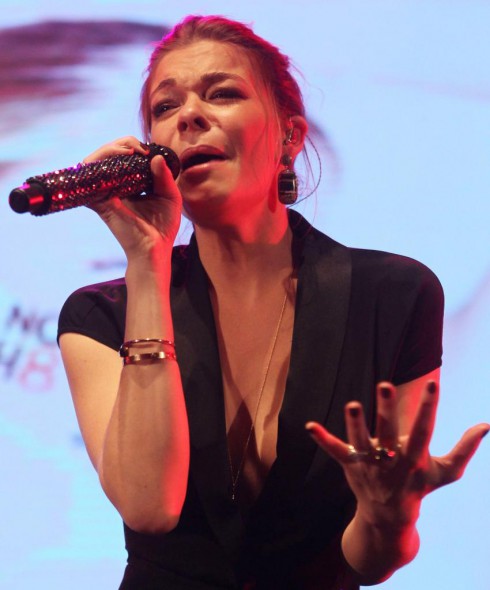 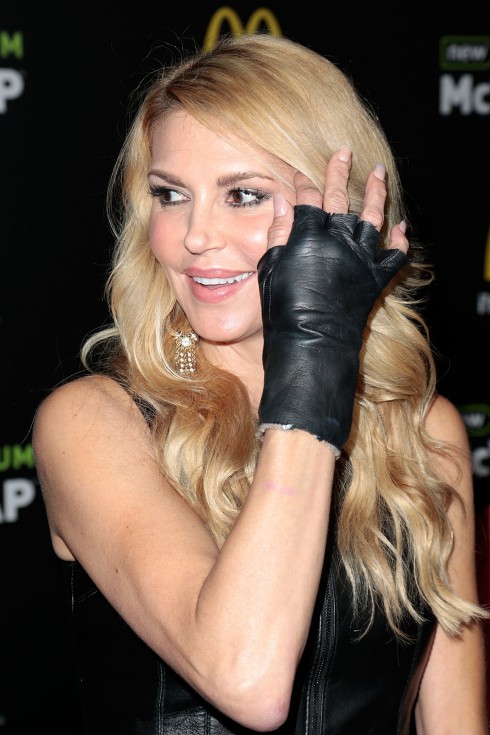 LeAnn Rimes and Brandi Glanville are back at it. The country crooner and her Real Housewives of Beverly Hills nemesis had been quiet for a while, but after a questionable Mother’s Day incident earlier this month, their feud seems to have gotten a reboot. Last night, things hit another high and the two took their ongoing war with one another to Twitter.

It all started when LeAnn tweeted to her fans that her husband Eddie Cibrian’s sons were singing a song from her album — the song that LeAnn reportedly wrote about her affair with Eddie during his marriage to the children’s mother, Brandi.

“I love kids!! Asking them if my album is good…long brake before ‘it’s good.’ Omg I died laughing. Boy do they ever humble you!! ” she wrote, adding, “They walk around singing ‘I don’t want to give you back.’ It’s the hooks.”  The song LeAnn is referring to is called “Borrowed” and judging by the lyrics, it appears crystal clear that the song is about her and Eddie’s affair. Below are a few of the songs other lyrics:

I know you’re not mine, only borrowed
Cause you already belong to her, at least you said so
But I’m starting to believe it ain’t the whole truth
As we’re lying side by side, I get the whole you

Do you tell her that you love her?
Like you do me?
Do you make love to her,
The way you make love to me?
Well I keep myself alone in case you call tonight
Its pathetic how I lie around
And wait all the damn time

Hours after LeAnn spoke of the children, Brandi surfaced on Twitter, complaining that she couldn’t contact her boys. “I’ve been trying to get a hold of my kids 4 over an hour no response to my calls ,emails or messages. Maybe twitter will work @EddieCibrian,” she posted.

Well, it did work — and quickly. Just about 20 minutes later, LeAnn saw the tweet and wrote a response. “Funny, she just got off the phone w/ them. Sorry, we were doing baths, homework & dinner. All good!” LeAnn explained. “The phone rang, I picked it up. Never saw this til after. All you gotta do is call.”

With Brandi having nothing else to say, LeAnn ended the argument, tweeting, “I don’t do drama, I do music.” And when a fan suggested she write a song about it, she said, “I did.”

With LeAnn’s new album Spitfire hitting stores on June 4, this could have all been a way to generate some press. Plus, there have been reports that she and Eddie want their own show so a little Twitter feud is sure to get tongues wagging.

Bethenny Frankel’s custody battle with Jason Hoppy is getting ugly