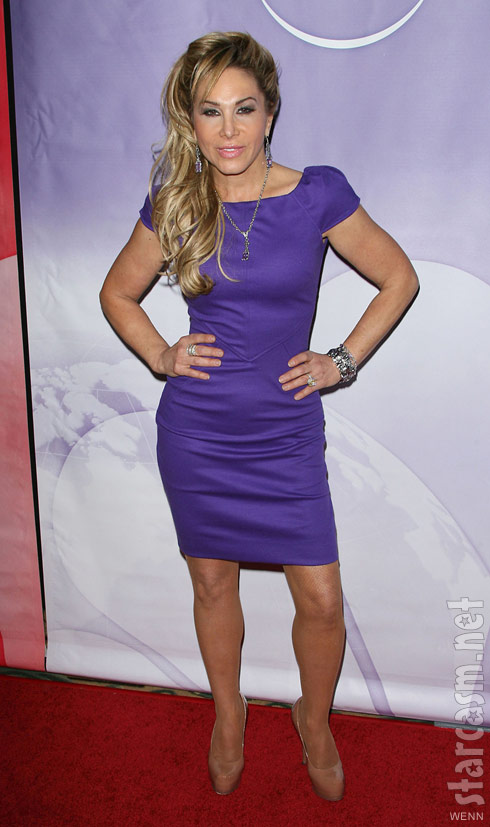 I didn’t think it was possible to be surprised to find out one of Bravo’s Real Housewives is having financial troubles, but I confess I did a web browsing double-take when I ran across multiple reports indicating The Real Housewives of Beverly Hills‘ Adrienne Maloof may have succumbed to the Bravoruptcy curse! (Actually, even if the reports are true, Adrienne is still nowhere close to filing for bankruptcy, it’s just super fun making up new terms for the Bravopedia!)

***In case you didn’t know, Adrienne Maloof is co-owner and head of Marketing and Promotions for the Maloof Companies, a family-owned company with an estimated worth of over a billion dollars in 2007. As you may have learned watching the show, the company/family owns the NBA franchise the Sacramento Kings and (used) to have a majority stake in the The Palms Casino and Hotel in Las Vegas (more on that below), in addition to a number of other businesses including a beer distributorship, record label, and a professional skateboard park franchise.

Radar Online posted a story earlier today in which a source tells them, “Adrienne and Paul lead an extravagant life, but they’re having money troubles and are looking for ways to scale back their opulence.” The source goes on to say, “She’s cut back on household staff, using people in the house only for the bare minimum requirements.” (Judging from what we’ve seen on the show she has already fired her chicken washer and peanut butter sandwich maker!)

If getting reports from a “source close to the Maloofs” doesn’t convince you the gagillionaire heiress is struggling financially, then check out this detailed report from a Sacramento Kings fan forum! A poster named Larry David (Please curb your enthusiasm – I’m sure it’s not actually the Larry David of Seinfeld fame) compiled an overview of the Maloof family fortune that details massive financial losses over the last few years, due in large part to the economy’s impact on Las Vegas and the Maloof’s ownership stake in The Palms Casino and Hotel.

The article gives a detailed financial history of the Maloof family, beginning with their purchase of a beer distributorship in 1937 that gave them exclusive rights to sell Coors in the state of New Mexico, and concluding with a recent deal that diminished the families ownership of The Palms Casino Hotel to just 2%. In between, in 2002, “the Maloofs opened up their books to the Sacramento Bee. The family’s assets were estimated at approximately one billion dollars with four main components: the Kings, the Palms, the New Mexico Beer Distributorship, and Wells Fargo stock.”

Crunching numbers from financial sources online, it is estimated that the family spent more than $900 million on The Palms over the last decade, but it’s current value may be somewhere in the neighborhood of $108 million. (***GASP***) As such, the recent sale of its ownership stake was actually the family unloading a large amount of debt.

In addition to the diminished value of The Palms, the Maloof family also took a hit during the recession by owning a huge amount of stock in Wells Fargo bank. “In 2002, when the price was trading at almost $50 a share, their Wells Fargo stock was worth $248 million.” At the close of the stock market today the stock was trading just above $24, which may sound bad, but is significantly better than when the stock bottomed out at $7.80 in March of 2009!

In an attempt to stabilize their investments the Maloof family has been quite busy over the last couple years. In addition to relinquishing the majority of their ownership stake in The Palms, they have sold their beer distributorship, (the one almost recession-proof money-maker that has been a consistent money-maker and the anchor of the Maloof empire since the 1930s) and shut down their WNBA franchise The Sacramento Monarchs. 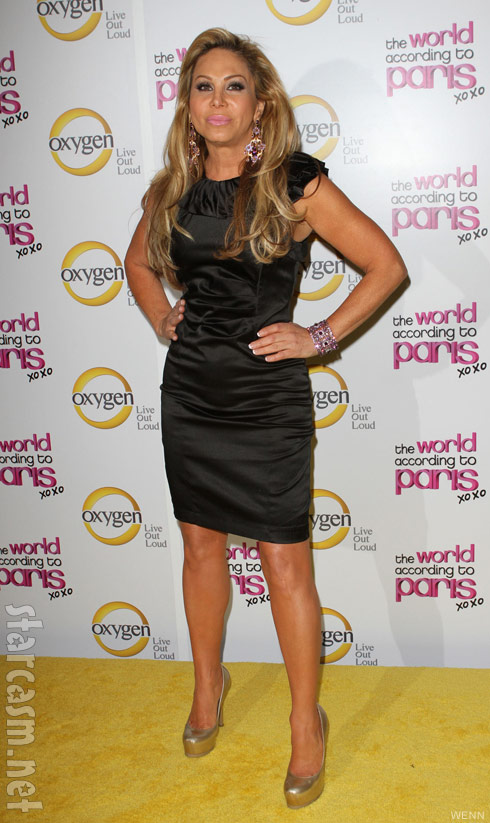 In summary, the Maloof family has sold off most all of its business interests except ownership of the Kings and their Wells Fargo stock. By all reports the Sacramento Kings are actually in the red, but the family hopes that diminishing their other obligations will enable them to focus their attention (and potentially more money) to turning the Kings into a winning franchise both on the court and at the bank.

The Wells Fargo stock provides wealth and collateral, but isn’t really a profit-making business. So, essentially, the Maloofs went from being a multifaceted financial empire to the owners of an NBA franchise. Relatively speaking it is a big step down, but by most standards that still leaves them sitting pretty. That being said, I’m guessing that Radar Online’s source is probably correct in that there are certain aspects of the lifestyle Adrienne Maloof has become used to that are going to need to be scaled back, but I don’t think we will be seeing her waiting in the welfare line anytime soon.

*Let’s also remember that Adrienne’s husband, Dr. Paul Nassif, is one of the biggest and most successful plastic surgeons in California! My guess is that his business is still booming with no indication of slowing down anytime soon. The Maloof Companies also own Maloof Productions, Maloof Music, and Maloof Money Cup – a professional skateboard park franchise and competition event. I am guessing that their exclusion from Mr. David’s article indicates they are not a huge part of the family’s financial holdings.

Based on Larry David’s diligent research, here is a Maloof family fortune timeline with all of the major events that have shaped their empire over the last 75-plus years:

1937 – The Maloof family acquires a Coors distributorship with the exclusive rights to supply Coors to the state of New Mexico.

1997? – Maloofs start the Sacramento Monarchs prior to the WNBA’s inaugural season (amount not available)

2002 – The Maloofs open up their books to the Sacramento Bee. The family’s assets are estimated at approximately one billion dollars with four main components: the Kings, the Palms, the New Mexico Beer Distributorship ($45 million at the time), and Wells Fargo stock ($248 million at the time)

2003 – Maloofs purchase the third largest distributorship in New Mexico and merge it with the one they already own. “At which point, the supplied 42 percent of the states’ beer, with exclusive rights to all Coors, Miller, Corona, and Heineken sales as well as 40 other products.”

2009 – The Maloofs sell their beer distributorship

2011 – The Maloofs relinquish most of their stake in The Palms Casino and Hotel, holding on to 2% ownership with an option to purchase 10-20% back in the future

Bottom photo: Adrienne Maloof attending ‘The World According To Paris’ Series Premiere Party held at the Tropicana Bar at The Roosevelt Hotel in Hollywood, California on MAy 17, 2011. (FayesVision / WENN.com)