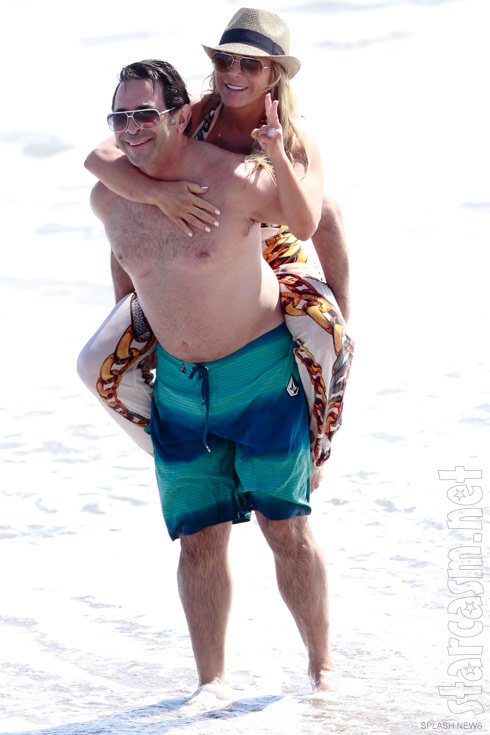 My apologies for the teasing headline, but how could I resist given the magnificent glory that is a topless Dr. Paul Nassif?!? As you can probably tell, it is a rare occurrence that his majestic torso sees the light of day, and thankfully photographers were there to capture the moment for all of us.

Also frolicking about on the beaches of Malibu with the Nassifinator was his wife, and star of The Real Housewives of Beverly Hills, Adrienne Maloof and two of their boys: 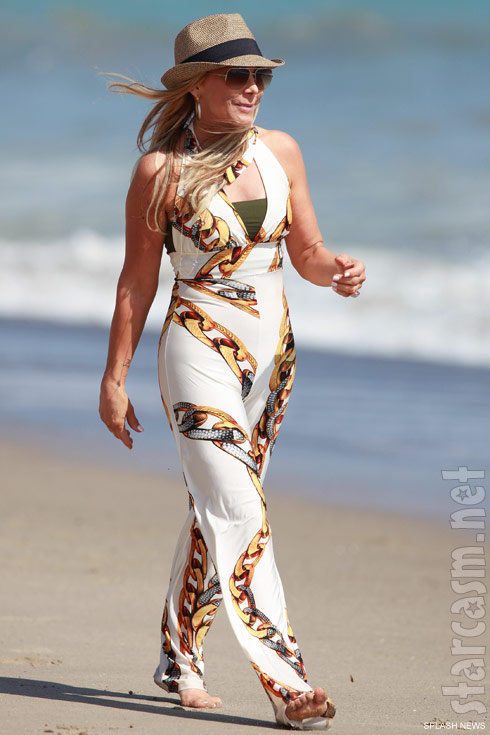 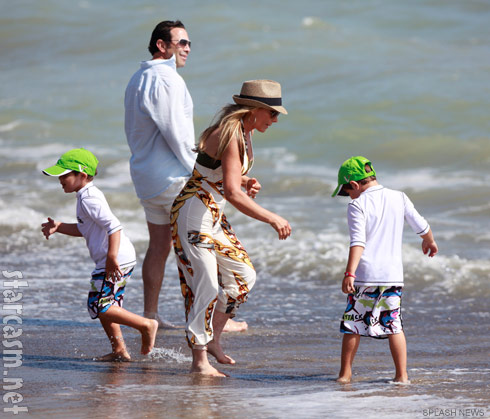 I’m a huge fan of most all of the Housewives, but I’m rarely jealous of their significant others. All that drama is great on the small screen, but in real life, every day, all the time? No thanks.

The same can’t be said for the lucky Dr. Paul Nassif! If I weren’t so intimidated by her power and success in the business world, I could really enjoy relaxing with Adrienne Maloof on Sunday afternoon, gleefully deriding her for her horrendous peanut butter sandwich making skills just before complaining once again about the noise coming from Charlie Sheen’s house next door.

After that, Adrienne could explain to me all the wise business decisions she made that week as I revealed which celebrities I surgically enhanced… That night I would have to flip a coin between attending a Sacramento Kings game (because my wife OWNS THE TEAM) or perhaps taking a flight out to Las Vegas for a night of gambling at the Palms Casino Resort (because my wife OWNS THE CASINO).

All kidding aside, professional women are sexy and I hope Bravo does more with that aspect of Adrienne and Lisa Vanderpump’s lives in the sophomore season of The Real Housewives of Beverly Hills. Drama is great, but I think we’re learning from New York and New Jersey that it needs to be tempered a bit, and running the Maloof Companies has got to be some absolutely fascinating (and entertaining) stuff!

Kyle Richards and others support Lisa Vanderpump at DWTS, film for RHOBH season 4