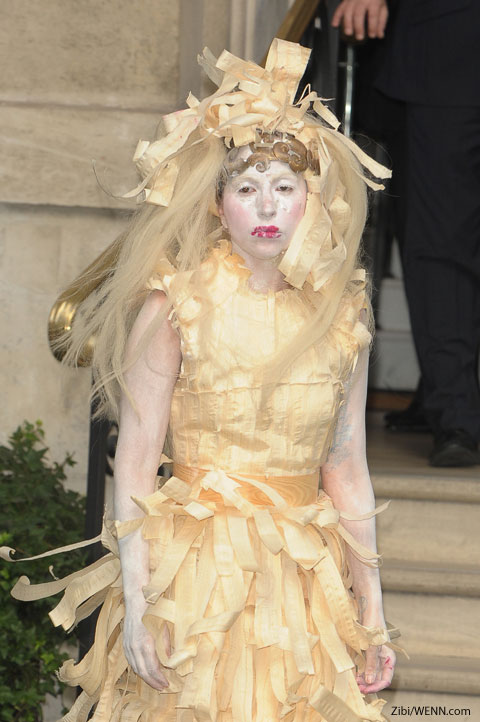 Since it’s so close to Halloween if this were any other person I’d assume this was a take on a mummy costume, but because it’s ARTPOP era Lady Gaga I assume it’s some sort of art reference.

Gaga raised some eyebrows by performing an outfit wearing a wig similar to the one she’s wearing in this photo, and literally nothing else at at the G-A-Y nightclub in London. Although she was basically naked for her VMA performance, this is the first time she’s performed completely nude. 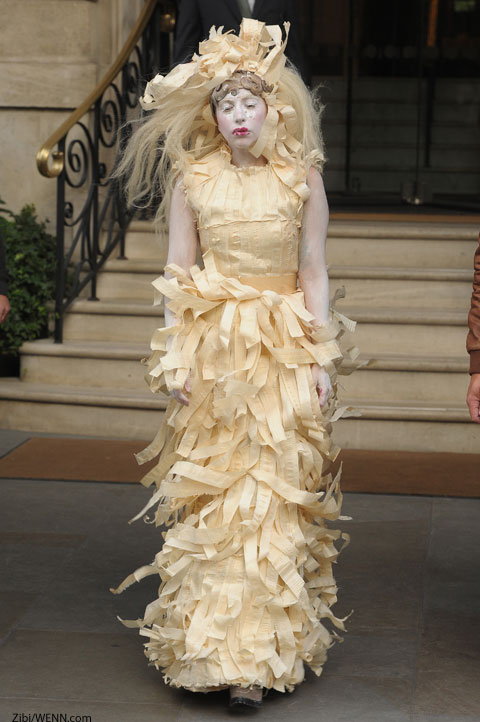