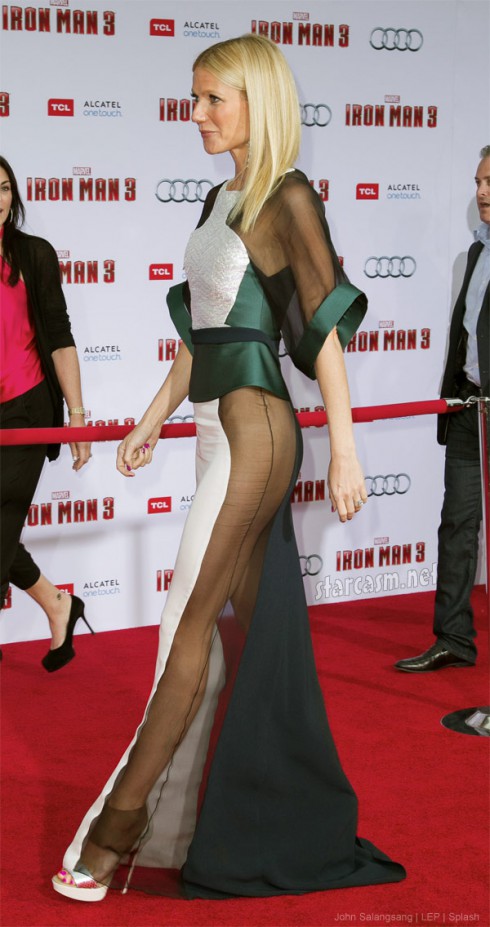 Here’s a problem we’ve all faced before: what do you wear to your first big red carpet event after just being named People magazine’s most beautiful woman in the world? For Gwyneth Paltrow, the answer was to wear something that showed off her sexy side. Both of them. 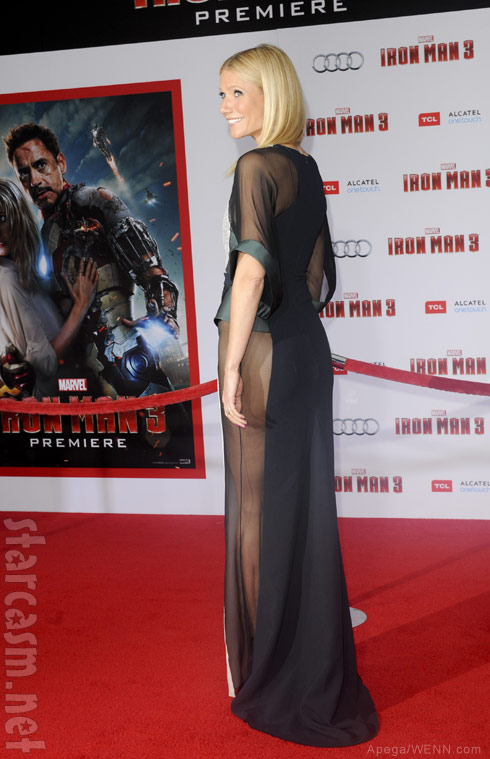 The 40-year-old actress wowed photographers at last night’s Iron Man 3 premiere in Los Angeles by wearing an Antonio Berardi dress with sheer fabric along both sides, which provided quite the Pepper Potts peepshow!

Here’s a head-on full-length view of her look: 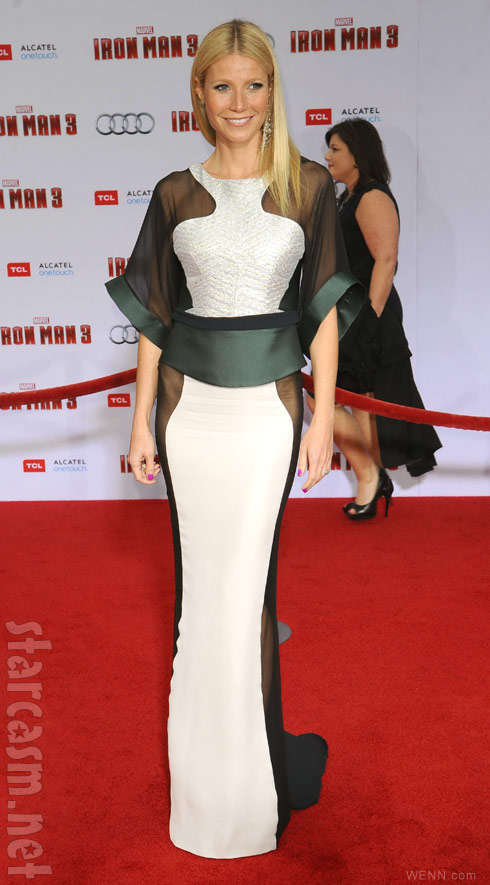 In addition to being named People‘s most beautiful woman in the world, Gwyneth was also recently named the top most hated celebrity in the world by Star magazine. I think with this look she does a great job at defending both those titles. (Haters gonna hate y’all!)

Actually, to really rock that most-hated tiara, Gwyneth should adapt this risque dress for children and post it on her GOOP site as a formal evening wear addition to her controversial line of childrens bikinis. I know I would hate it — and that’s the point, right?

Here are a couple more photos of Gwyneth from the Iron Man 3 Premiere in Los Angeles — just click thumbnails to enlarge: 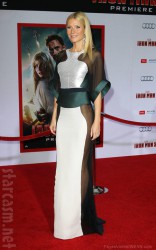 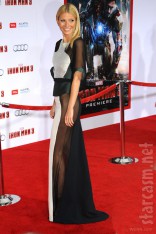 PHOTOS Babs and Jenelle Evans at the VMAs