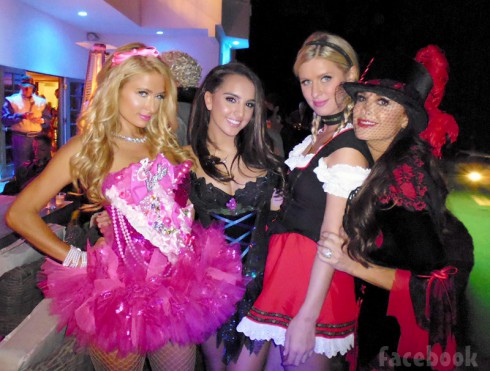 The week of Halloween is always a great time to celebrate, but for Kyle Richards and her family this weekend was extra special as they threw a costume party to not only celebrate Old Hallow’s Eve, but also next week’s Season 4 Premiere of The Real Housewives of Beverly Hills as well as Kyle’s daughter Farrah Aldjufrie’s 25th birthday!

Here’s a Farrahmazing photo of mom and daughter — mom as a circus ringmaster and Farrah as a bandleader. Of course, both of those costumes should be preceded by the word “sexy:” 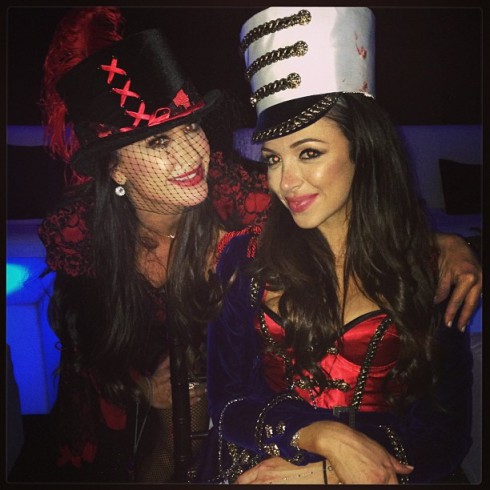 Farrah and Kyle weren’t the only fun and racy mother/daughter combo at the bash, however. Kyle’s sister Kim Richards and her daughter Brooke Brinson showed that blondes know how to bring the sexy too as Kim looked fantastic as Wonder Woman and Brooke was squawmazing as Pocahontas (or perhaps not Pocohontas specifically): 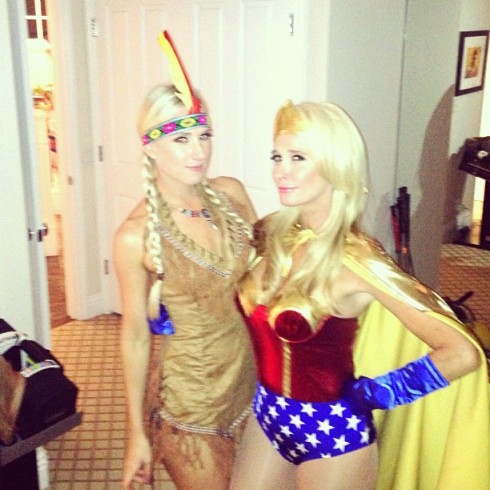 I can’t get over how great Kim looks as Blonder Woman! Here’s another pair of photos shared by hair stylist Pamella Brogardi: 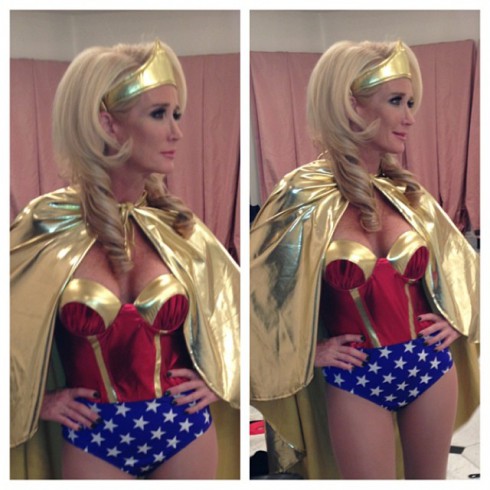 Now we’ll hop back to Kyle, who shared this next photo (slightly cropped) of her vampire husband Mauricio Umansky along with the caption, “I Vant to suck your blood!! Well…. Ok ❤️” 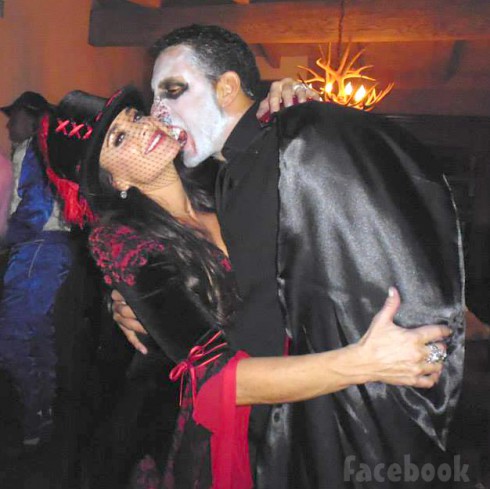 As you may have noticed in the top photo, in addition to the RHOBH peeps, there were also some other Richards family celebs in attendance as Paris Hilton, sister Nicky Hilton and their brother Barron Hilton were also dressed up for the shin-dig! Paris shared this pre-party photo wearing her amazing Barbie costume (designed by Electric Laundry) on instagram: 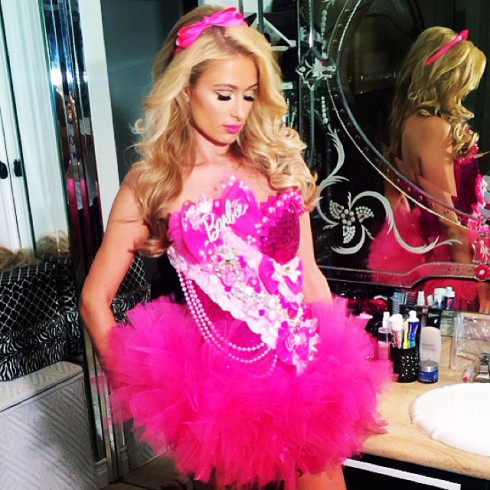 Kyle shared this next photo of her daughter Portia Umansky with Paris Hilton and added the caption, “Cousins @parishilton & Portia . Portia thinks Paris is a real life Barbie:” 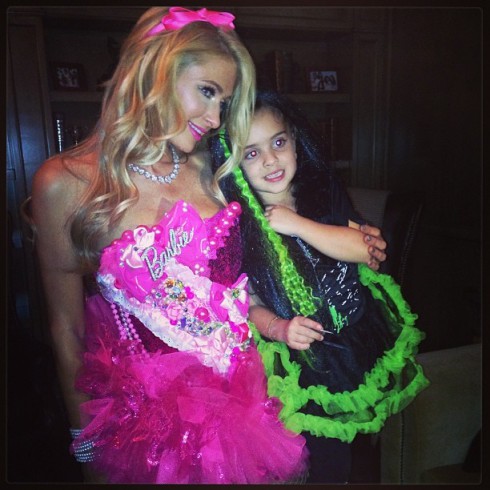 UGH! There are just TOO MANY amazing photos! I’m going to have to stop writing and just share them all in a big clump! So, here they are, followed by a who’s who list matching up names and costumes: 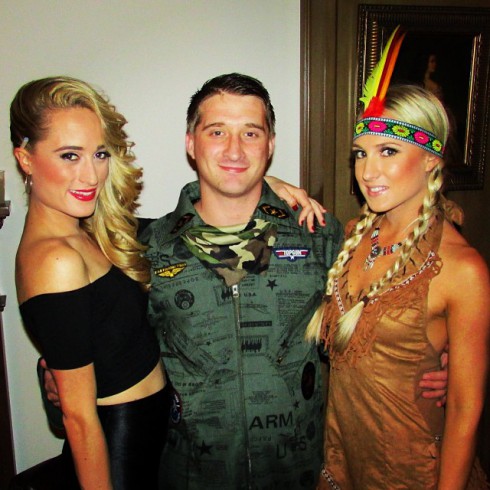 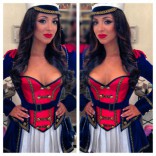 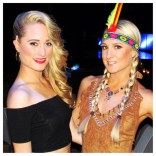 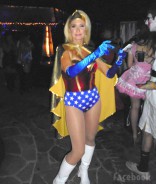 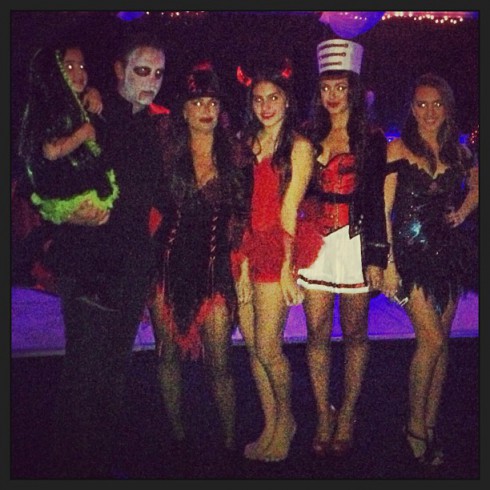 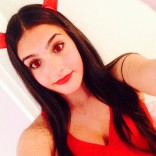 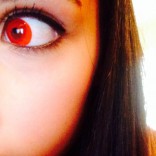 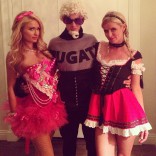 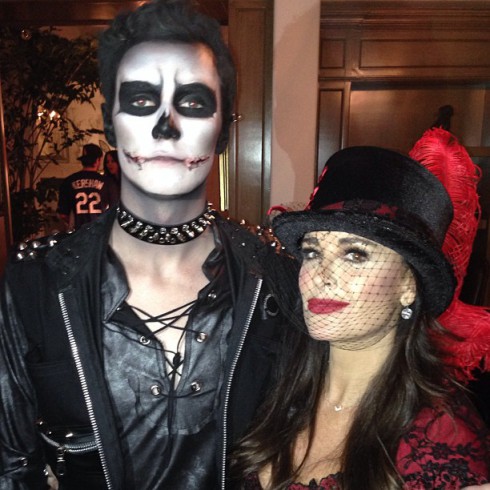 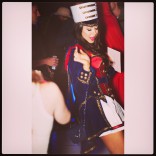 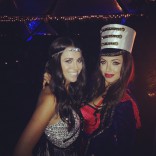 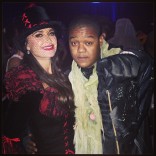 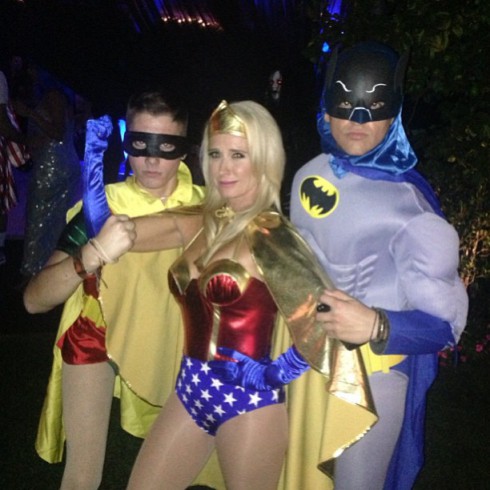 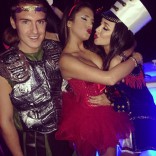 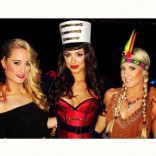 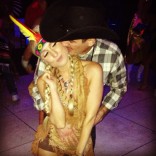