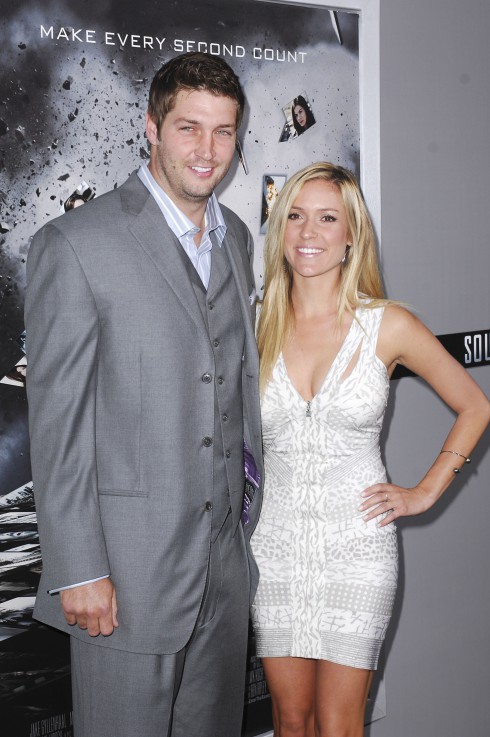 Kristin Cavallari and Jay Cutler have been together for two and a half years now (except for that 4 month break), and after welcoming their first child together last year, it seems to be about time that they made things official and said their vows, right? According to Kristin, they’re getting closer to doing just that. In an upcoming E! special, Kristin dishes on her wedding plans and reveals that she and Jay have already set a date.

“We actually have a date,” Kristin tells Giuliana Rancic in the interview which will air as part of the special. “But we’re not, you know, telling anyone details.” She may not be revealing her wedding date, but Kristin did say that she and Jay will be walking down the aisle some time this year. Kristin even revealed that she and her Chicago Bears quarterback beau “know where, we know the colors, we have people booked…I’m hoping to keep it around 160.”

While the E! special is a bit of a mystery at this point, Kristin did tweet a little hint about it tonight while gushing about her future hubby. “Jay [proposed] in Cabo and it was very romantic. You’ll have to watch my E! special to hear,” she wrote. So what we do know is that it’s her special and her relationship with Jay will be the focus — or at least one of the focuses. And, as per Giuliana Rancic’s Twitter account, it was shot at Kristin and Jay’s home.

As part of the sneak peek, Kristin also talked about her fiance’s proposal — the second one. “It was so silly. I was in the airport, leaving Chicago,” Kristin recalls. “We had just spent however many days together and we were texting and somehow it came up, like, ‘Oh, shall we get married?’ We’re like, ‘Yeah, OK.’ And then he sent my ring in the mail. So I actually had my ring sitting at home for a couple of weeks before I put it on.”

Kristin first began dating Jay in the fall of 2010 and they were engaged by April of 2011, but a few months later, Jay reportedly called of the engagement and the two went their separate ways. Then, in November of 2011, Kristin announced on Twitter that the two had gotten back together and were engaged once again. “This time it’s official..Jay and I are engaged again,” she wrote at the time. Two months later in January of 2012, Kristin announced that she and Jay were expecting their first child together and on August 8, 2012, they welcomed son Camden Jack Cutler.