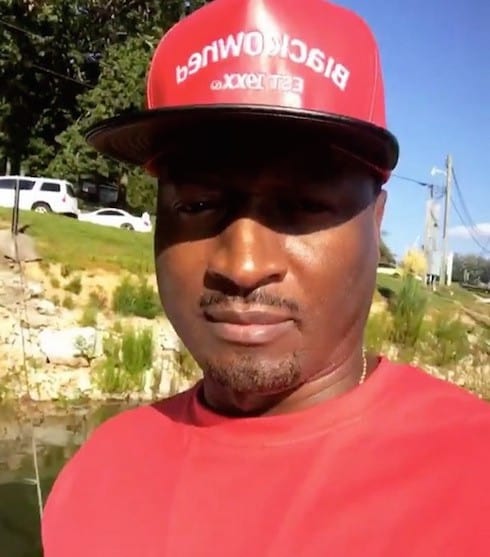 The latest development in Kirk Frost’s ongoing baby mama drama is a surprising one–especially since LHHATL Season 7 is scheduled to begin filming in just a few weeks. Earlier this month, Kirk (finally) complied with Jasmine Washington’s demand for a paternity test; their next court date had been scheduled for August 16th, at which point the results of the test would be revealed.

Unfortunately for fans of the LHHATL’s most recent storyline, there aren’t too many concrete Kirk Frost paternity lawsuit details to go on in light of the case’s dismissal. The most recent report, with receipts obtained by Fameolous, states that the case was dismissed after both Kirk and Jasmine failed to show for their most recent court date, on August 16th. (Note that Jasmine’s application for paternity was dismissed, but not denied.) Because the two parties both failed to show–and at such a crucial juncture, no less–the implication seems to be that they’ve settled out of court.

We don’t know that for sure, though–and, since the Love & Hip Hop Atlanta cameras are set to begin filming again before too long, it’s entirely possible that Kirk and Jasmine have simply decided to save all the best tea for the show. Kirk and Rasheeda remain “estranged” from one another, and early rumors appear to suggest that their Season 7 storyline might involve Kirk’s efforts at reconciling with his wife. Putting the paternity rumors to bed and moving on–for good or ill–might be the best way for Kirk to win Rasheeda back.

And it’s once again worth pointing out that VH1 accidentally confirmed that Kirk is in fact the father of Jasmine’s baby, by updating an article detailing his kids and baby mamas. (You can see screenshots of the page here.) There’s also the matter of unconfirmed reports detailing Kirk’s alleged second baby mama, and the alleged abortion she had for him last year (which he allegedly hushed up by making a few of her car payments). In short, there’s a lot of drama left on Kirk’s plate, despite the possible settlement with Jasmine.

Former LHHATL star Joseline Hernandez is getting her own reality show on WEtv: Will you watch?