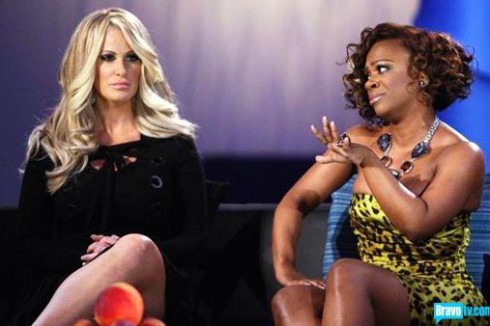 Kim Zolciak and Kandi Burruss started out as good friends when Kandi joined The Real Housewives of Atlanta cast in Season 2, but ever since Kandi turned vocal lead into gold with Kim’s dance hit single “Don’t Be Tardy For The Party” without seeing much of gold herself, their relationship went south. And now the feuding has escalated to whole new level with accusations of one of the worst offenses in housewifedom — baby name thievery!

Shortly after Kim Zolciak gave birth to her son Kash Kade, Kandi pointed out that she was the one who originally came up with the name Kash, but of course Kim disagrees. For some reason the issue came up again on Twitter yesterday, and the two took their feud public. 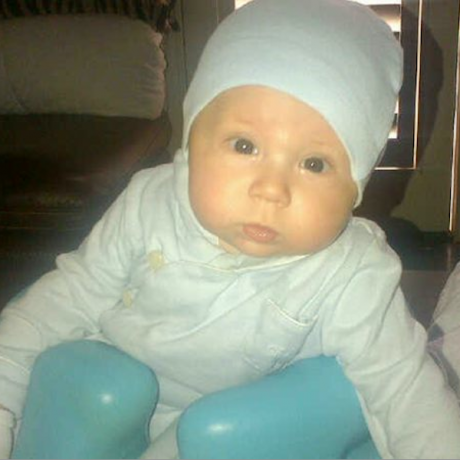 “U might wanna get pregnant first and HAVE a boy then run around saying people stole YOUR baby name,” Kim began. Moments later, Kandi responded by writing, “I say @BravoAndy brings a lie detector test to the RHOA reunion we will see who stole baby Kashs name!”

Then, Kim brought the big guns by posting a photo on Instagram of a document which showed that she claimed the name nearly one year ago. “Goes to show you I even created a LLC 323 days ago in Kashs name,” she captioned the photo which you see below. 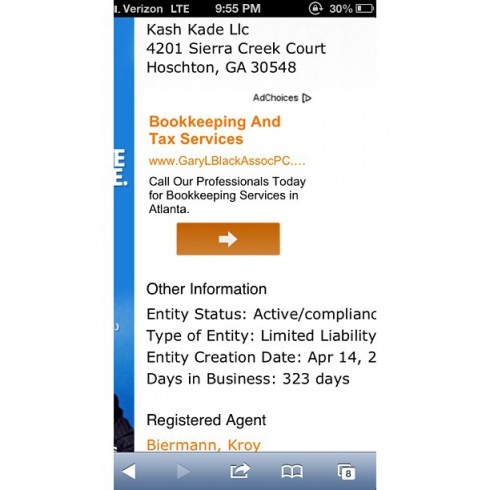 Despite the photo, Kandi didn’t back down. “I would love for @BravoAndy to bring a lie detector test & then we can ask about all the past lies that we’re told on #RHOA…. Lot of liars,” she wrote. And when one fan wanted more, she explained, “I had that name in my phone for years. I used to just save names that I liked.”

A lie detector test actually seems like a great idea for The Real Housewives of Atlanta Reunion! Actually, it might better be suited for Watch What Happens Live for use during “Plead the Fifth!” Could you imagine guests hooking themselves up to a polygraph and being “forced” to answer two out of three questions asked by Andy Cohen! My oh my. We’d have to get the next two Presidential candidates on there!

And just to avoid future problems, we here at Starcasm went ahead and created limited liability companies for the following names: