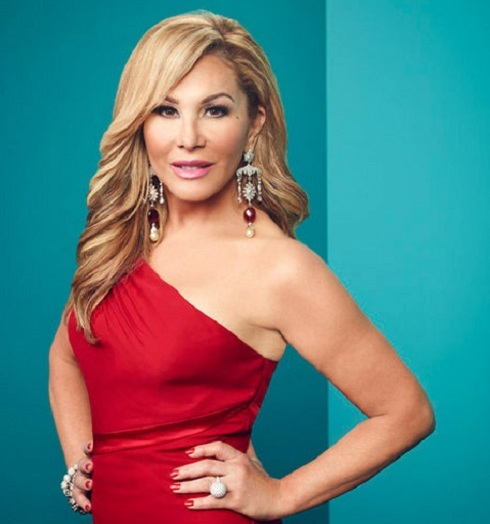 By now, you’ve probably heard the rumors that Adrienne Maloof may not return to Real Housewives of Beverly Hills. After a drama-filled season with surrogate bomb shells and strained friendships, sources claimed that Adrienne had enough. However, a new source is revealing that it may not have been her decision to walk away.

“She was let go,” a source tells People Magazine of Adrienne’s exit. “Producers were sick of her constant tardiness and her issues.” One of Adrienne’s issues towards the end of the show was her current legal situation which kept her from attending Friday’s reunion filming. According to Adrienne, she couldn’t attend the reunion because of the divorce proceedings with her ex, Dr. Paul Nassif.

However, there’s two sides to every story, and Adrienne’s side alleges that the decision to leave the show was strictly her own. “It was her decision to leave. Adrienne is very happy,” says a source close to Adrienne. “The producers were begging Adrienne to come back to the show and the reunion right up until the last minute.”

Whatever the case, Adrienne is reportedly ready to move on and refocus her life. “Housewives was part of her past. She’s looking to the future.”

Season 4 of the Real Housewives of Beverly Hills is set to begin filming in April. And in addition to Adrienne not returning, Camille Grammer has reportedly walked away and Taylor Armstrong may be on the chopping block. In talks to replace the missing wives are Penny Lancaster and Dayna Devon.

For more of Adrienne Maloof, tune in to her last season of Real Housewives of Beverly Hills which is currently airing Mondays at 8/7c on Bravo.