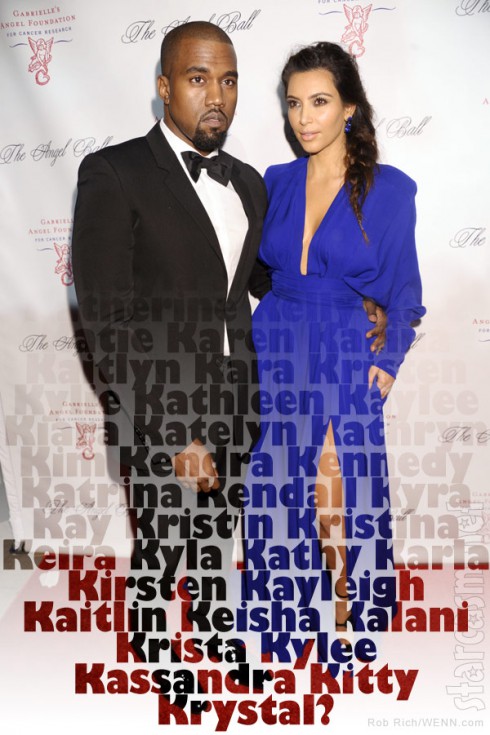 It’s been almost a week since Kim Kardashian gave birth to her and Kany West’s baby daughter on June 15, and since that time the internet has run amok with speculation over what they would be naming the little girl destined to be the most talked about child on the planet in the coming year. Most everyone assumed that K & K would stick with the same first initial that they both possess, but according to birth records from Cedars-Sinai hospital the couple decided to take a different direction — literally!

So… what is the name of Kim and Kanye’s baby daughter?

No joke folks! So there you go — Blue Ivy and North West. Go ahead and sell your map company stock now because surely Kim and Kanye will have trademarked that particular direction by year’s end. By the way, there is no middle name on the birth certificate.

I’m just wondering if the directional moniker isn’t in fact an ode to Alfred Hitchcock, which won’t become apparent until it’s revealed her middle name is Bynorth.

PHOTO Snooki and Kim Kardashian together!