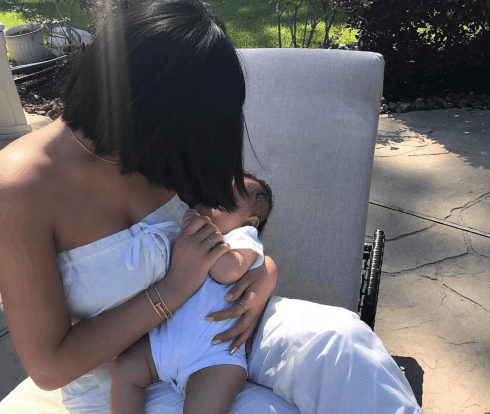 Celebrities often grace their newborns with out-of-the-box names that leave the rest of us hungry for answers. Kylie Jenner has now revealed why she named her baby girl “Stormi”: she explained that she has no idea why. In fact, Kylie herself says she would have liked a different name better. ?

Kylie, who just this weekend rented out an entire theme park for her baby daddy Travis Scott, made the comments in an interview with big sister Kim Kardashian West for U.K. publication Es Magazine.

Kim asked Kylie why she named her baby “Stormi,” and Kylie replied that she and Travis were originally considering the name “Storm,” without the “i” at the end. Kylie went on to say that she couldn’t recall how she and Travis came up with it, but did know that each of them thought they were the one responsible for thinking of it in the first place.

However, Kylie “didn’t really like just Storm —- I didn’t feel like that was her name. So then it became Stormi. And it just stuck.” Given that it’s her daughter’s official, legal name, the news that “Stormi” still isn’t a favorite for Kylie does come as a bit of a shock.

Still, she feels that no matter the preferences her mother Kylie may have, “Stormi picked her own name.”

Before Stormi was born, it seemed like Kylie was dropping mad hints about butterflies, and the first-time mom had internet sleuths wondering if she was going to give her daughter a butterfly-related name. And fans came up with a butterfly connection even after Kylie revealed Stormi’s name.

One of Travis Scott’s most popular songs is called “Butterfly Effect,” which is in turn a reference to the fascinating scientific theory that something as small as the flutter of a butterfly’s wings can cause a storm on the other side of the world. In other words, in a complicated system, very small variables can lead to massive, unforeseen and unforeseeable change.

The Butterfly Effect connection still seems like a reach — but it’s a romantic and beautiful reach. ? Kylie responded to the rumors by stating that she’s actually terrified of butterflies, which is interesting because she has matching butterfly tattoos with Travis.

The tattoos are very tiny, and are in honor of the “Butterfly Effect” song. If Stormi’s name is, by chance, related to the Butterfly Effect, then all this nonsense is pretty touching. 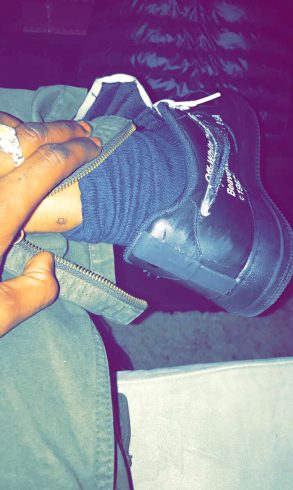 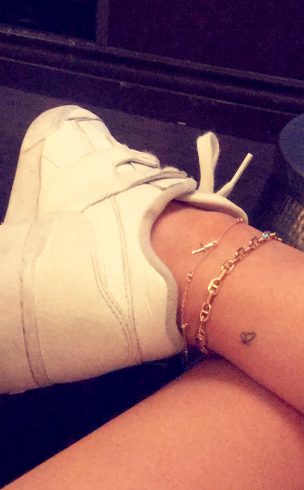 Of course Stormi isn’t really an odd name for the Kardashians and Jenners. Kim’s children names are North, Saint, and Chicago. Khloe just named her newborn True and Rob’s daughter is named Dream. So far, Kourtney is the only sibling to give her children (semi-) traditional names: Mason, Penelope, and Reign.

And Kim herself has had reservations about the name of her youngest child, Chicago. She told Ellen DeGeneres that she regrets not keeping up her one-syllable naming trend. Kim’s resolved this issue for herself by nicknaming the baby girl “Chi.”

In the Es interview, Kim also asked Kylie how she was dealing with motherhood and all its challenges, and Kylie again had a surprising answer: The 20-year-old isn’t finding motherhood “challenging” at all!

“It’s actually been the opposite for me,” Kylie explains. “I feel like it’s just been so amazing, and so much fun. I’m learning so much more about myself and life, and it’s been such a great experience.”

She does admit that there have been ups and downs and “hard times,” but Kylie’s overall experience with being a mom is going great so far. Of course, judging by the makeup mogul’s Instagram life, she does make it look like a breeze. Today the young celebrity posted some gorgeous photos of herself, Travis, and Stormi on a beautiful beach vacay:

They’re living it up where the sands are white and the waters are crystal blue. One comment on the below photo noted that it must have been three-month-old Stormi taking the photo of Kylie and Trav romping on the beach.

‘It’s just so f–ked up’ Kim Kardashian calls out Tristan Thompson for allegedly cheating on Khloe ?