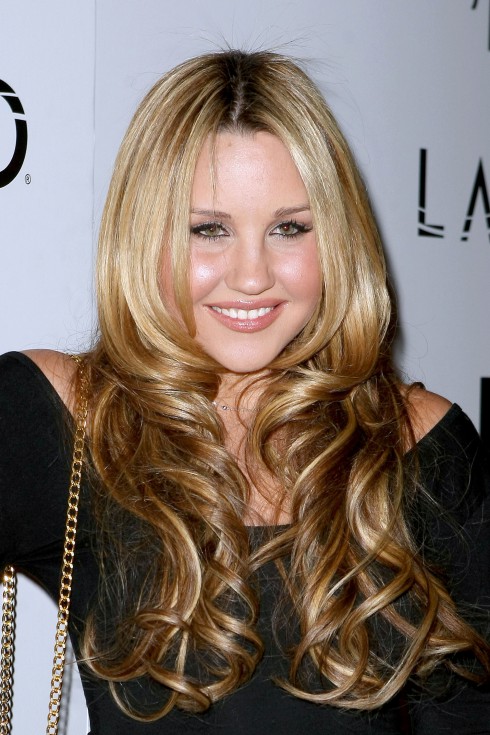 Listen up, kids! Amanda Bynes is back with another inspiring message: “There’s a surgery for everything that’s wrong with you!”

In her latest in a series of Twitter rants, Amanda talked about webbing between her eyes, a “traumatic” birth defect that “embarrassed” her for 27 years before she got plastic surgery and became “a hero” for willingly talking about it.

In a broken-up series of nine messages, Amanda shared her tale of woe:

I was born with a webbing in between my eyes. That was a birth defect that I had surgically removed! I’ve never been more excited! Now I need a few more surgeries to shave the bridge down to correct the rest of my nose so I can start the next chapter of my career! Music! I consider myself to be a hero to have suffered 27 years with a birth defect and to just now have it surgically removed! I had to share my story with you so the media would stop using old photos of me and stop writing lies about me having odd behavior when I was just embarrassed to share the fact that I had a birth defect. As soon as I had it removed I couldn’t wait to talk about it! I’m having my next surgery on Saturday! My doctors are heroes who also correct kids who have cleft lip – something as traumatic as webbing in between your eyes! I wanted to share my story with you to prove that I’m not crazy, I was just embarrassed. Surgery is a complete miracle for me – nothing can hold you back from living out your dreams. There’s a surgery for everything that’s wrong with you! (Emphasis is added.)

Although it’s great Amanda has some newfound confidence, it does seem like she’s blowing the “birth defect” a bit out of proportion. Comparing it to cleft lips, a condition that may result in hearing loss, dental problems and speech impairments, insulted many on Twitter. And calling herself a “hero” for willingly sharing her story also seemed delusional.

But, before rushing to judgment, let’s take a moment to consider whether there is any merit to Amanda’s claims…

It took a bit of digging to find medical references to webbing between the eyes. According to the American Society of Plastic Surgeons, it is a cosmetic condition that rarely lends to obstructed vision. Webbing between the eyes, which has no single medical name, can be fixed with eyelid surgery, or “blepharoplasty.” (It’s unclear whether Amanda actually had or plans to have blepharoplasty. She has only directly talked about a nose job. Rhinoplasty could fix her webbing problem, but is primarily used to change the shape of the nose… Our bet is that she found a plastic surgeon who’s all too willing to take her money.) 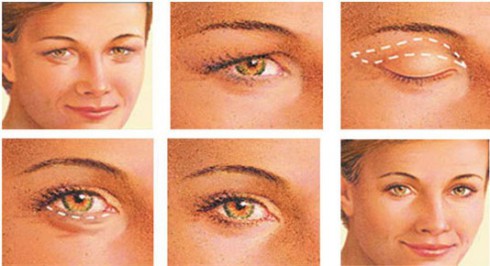 “A blepharoplasty procedure is usually performed on adult men and women who have healthy facial tissue and muscles and have realistic goals for improvement of the upper and/or lower eyelids and surrounding area. You should undergo blepharoplasty surgery for yourself, not to fulfill someone else’s desires or to try to fit any sort of ideal image.”

Blepharoplasty is generally done to remove bags beneath the eye, but also treats fine wrinkles and drooping.  According to Moderno Salon, “Asian blepharoplasty” is the most popular cosmetic procedure in China, East and South Asia. Many people choose to have the operation in an attempt to Westernize the appearance of their eyes.

In terms of Amanda’s claims, it’s apparent that webbed eyes caused her some annoyance. However, referring to her experiences as “brave” proves to be a stretch.

Roger Ebert before and after new face photos