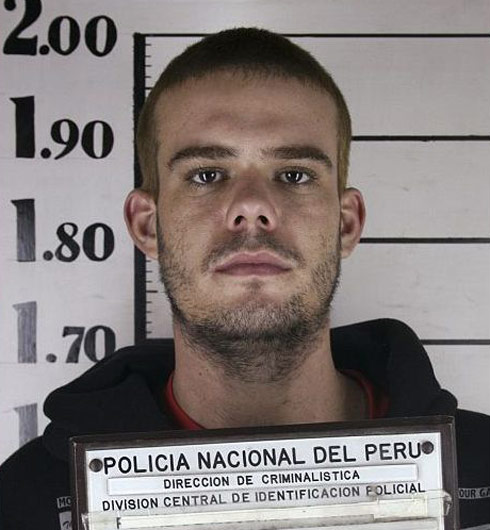 Joran van der Sloot, who is currently serving 28 years for killing a Peruvian woman and is the main suspect in the disappearance of American Natalee Holloway, will be marrying his pregnant Peruvian girlfriend.

Van der Sloot’s attorney told CNN that the 26-year-old Dutch national is getting married “in late May or early June” to a woman that he befriended while in prison. The lawyer added, “They met when she was visiting a relative in prison. They became friends and spent a lot of time together in his cell. Unlike The United States, here in Peru loved ones or relatives can see inmates inside their jails.”

The bride-to-be is 23-year-old Leydi Carol Figueroa Uceda and she is expecting a baby boy fathered by the convicted killer. The accountant by trade is said to be 5-months pregnant and already has a 2-year-old son from a prior relationship.

“He’s very happy about getting married. Since his girlfriend is pregnant, he wants his child to be born to a married couple and he’s anxiously awaiting the day he can get married.”

Van der Sloot’s attorney scoffs at any notion that this marriage is an attempt to avoid extradition to the United States over the Holloway case. “He’s getting married because he’s in love and is having a child. There are no hidden agendas. The inmate will be able to meet the baby after delivery.”