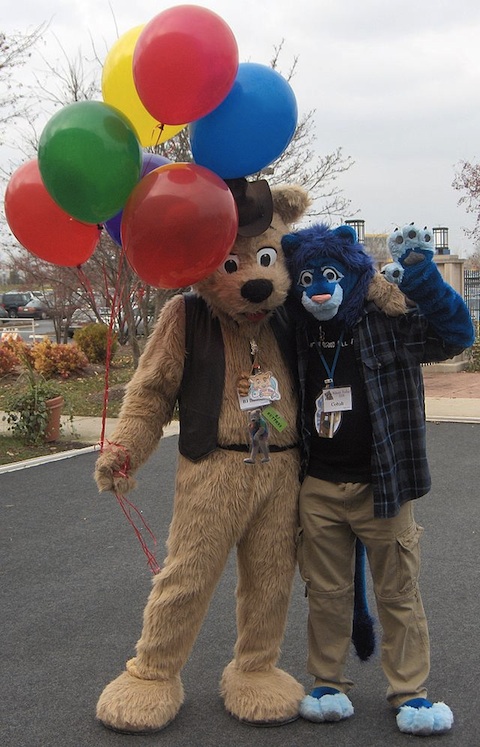 The gas attack on the Midwest Furfest has left many confused–and people express their confusion in all manner of different ways.

Take, for example, the hosts of MSNBC’s daily chat show Morning Joe. During a routine news round-up on Monday morning, they happened to address the furry chlorine controversy with a pre-written script and some B-roll footage.

Except that co-hose Mika Brzezinski stopped mid-delivery, because she didn’t know what a “furry” was.

And host Joe Scarborough asked the question that was now on two-thirds of the hosts’ minds: “What’s a furry?”

Then the aforementioned B-roll footage began playing, the hosts put two and two together, and the giggles began. Enjoy:

Yes: that is Mika Brzezinski having to walk off set in the middle of a live segment in order to regain her composure, and Joe Scarborough needing to turn away from a hot camera in order to disguise his laughter. Chlorine hasn’t been this much fun since the neighborhood pool party.

In all seriousness, though it seems pretty clear that the best single part of the clip is the one reporter trying to exercise his iron resolve on the segment and keep it as professional as possible. While talking about furries, that is.

Morning Joe airs weekday mornings at six AM. Furry conventions…are all around us.

Nevada lawmaker Michele Fiore says cancer is a ‘fungus,’ can be cured with salt water

Teenage girl dies of extreme constipation because of ‘phobia of toilets’