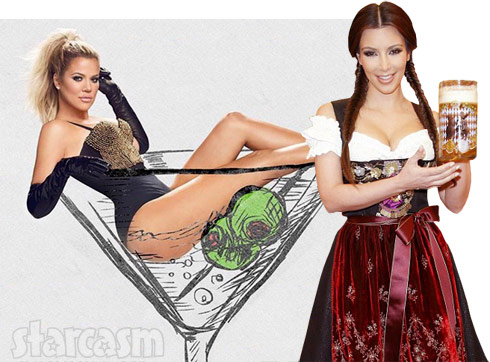 Over the years, fans of Keeping Up With the Kardashians have seen the Kardashian and Jenner sisters doing all sorts of crazy things on camera–ranging from blood facials to pineapple juice-guzzling vagina smell-offs to using breast milk as psoriasis cream. But, surprisingly, one thing viewers probably won’t be seeing any time soon is Kim, Kourtney, Kylie, or Kendall getting drunk. So: why the aversion to alcohol? The slightly more alcohol-friendly sister Khloe recently opened up about the Kardashianti-alcohol stance in an interview with Elle promoting her new TV show, Kocktails With Khloe.

“Kimberly does not drink alcohol whatsoever. Pregnant or not, she’s just never been into it,” Khloe says of big sister Kim Kardashian. “Kourtney used to drink a lot more in college and probably before she had kids,” Khloe says of her other full sibling. “She’s literally been pregnant for, like, six years or breastfeeding, so I think that has obviously changed her life now.” (And, although Khloe didn’t mention it in her Elle interview, I’m sure all of Scott Disick’s alcohol issues have made Kourtney that much more averse to drinking.) All of that being said, Kourtney hasn’t quit the firewater cold turkey. “During Christmas Eve, when we’re having a party, she still has, like, a glass of champagne,” Khloe admits.

And what about her half sisters, Kendall and Kylie Jenner? “Kendall and Kylie are not into it,” Khloe reveals. “Even when Kendall goes to Europe where the drinking age is 18, she’s never—Kendall’s really focused and determined. I think because my parents have always been like, ‘Listen, if you’re going to drink, call me. I need to pick you up…just be honest…I don’t want any of your friends driving you home.'”

Speaking of “friends driving you home,” fans of Keeping Up With The Kardashians should be well aware of the fact that Khloe doesn’t share the same aversion to alcohol as her sisters. She made headlines back in March of 2007 when she was arrested for driving under the influence on the anniversary of her dad, Robert Kardashian’s, death. The whole thing was captured by E! cameras and included on the show. Here’s the video of Khloe being arrested for DUI and the fallout: 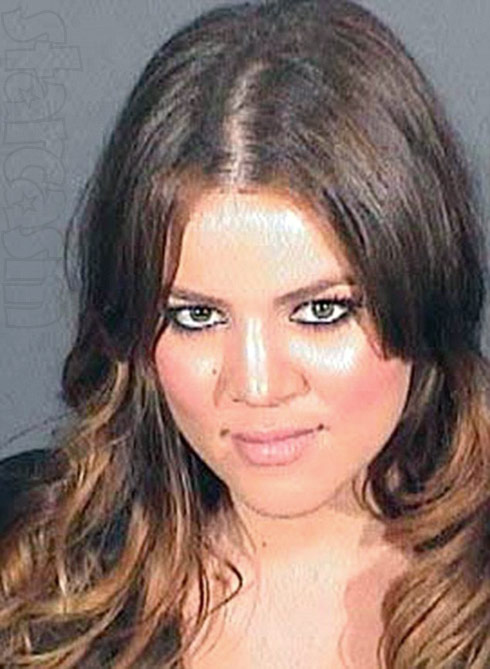 “I definitely drank underage,” Khloe admits to Elle, “but I don’t even drink, like, once a week now that I’m older.” Another Kardashian lady that likes her booze is family matriarch Kris Jenner. “My mom has a drink every night with dinner,” Khloe says. “That’s her thing, and that’s what she loves to do. I don’t like the taste of alcohol like that, so if I drink, I drink for intent. Like, I don’t care to just have a glass of wine. No, I want to get f**king buzzed or drunk. That’s the point!”

You can see Khloe sipping on spirits with friends on new episodes of Kocktails With Khloe airing Wednesday nights at 10/9c on fyi.

Khloe Kardashian’s baby plan ‘uncertain,’ but she’s eating that placenta for sure