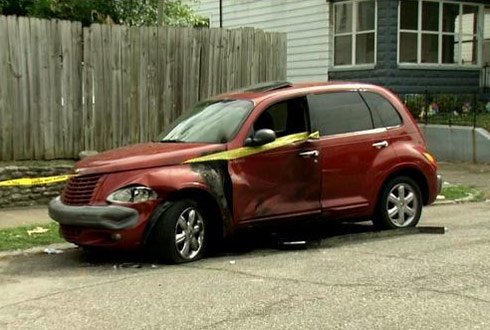 An unnamed dude with some rage issues in Louisville, Kentucky decided he’d firebomb a PT Cruiser. What happened after that sounds a lot like that scene from The Big Lebowski in which The Dude wrecks his car after setting his man-area on fire (but worse).

Here’s that clip for a visual reference to go along with the rest of this tale from the Bluegrass State:

Angry Kentucky Guy was set off by a domestic dispute and sought his revenge with the assistance of fire. An eyewitness to the following madness said he saw Angry Kentucky Guy grab a boulder, circle around the block and break out the glass of the parked PT. He then lit a Molotov cocktail and chunked that bad rascal right into the already damaged vehicle.

Amid the execution of hurling the firebomb into the Cruiser, Angry Kentucky Guy managed to catch himself and his own ride on fire. In a panic, he then slammed his flaming car into another car, which rammed another car and so on until a line of vehicles were pushed up over the curb and into a house which also caught on fire! 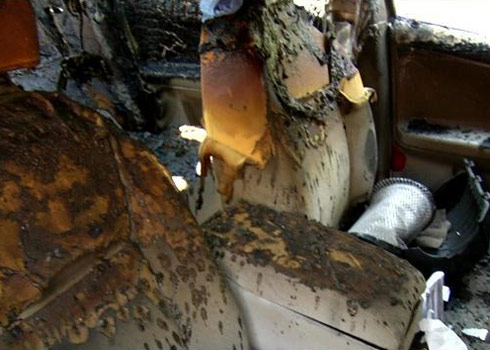 Jamie Carwell, a resident of the house, rushed outside with her 3-year-old daughter. “I heard a big boom hit the house,” she said.

Arson investigators told WDRB that Angry Kentucky Guy was taken to an area hospital for self-inflicted burns suffered during his flame out. While at the hospital, he fled and has yet to be apprehended.

Detroit woman forced to live with a squatter in her own home?