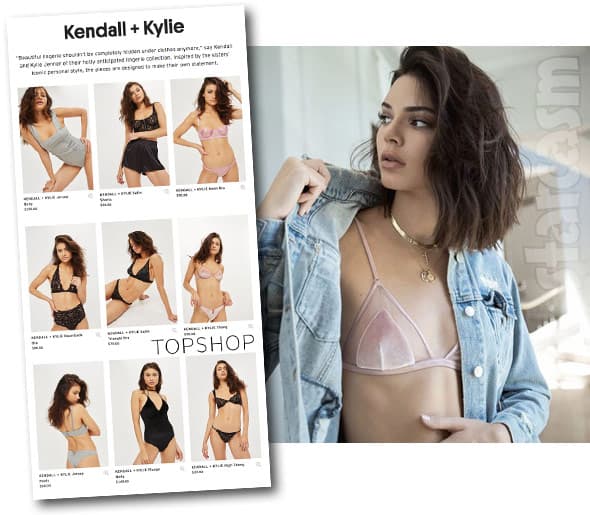 If a Kardashian product is released and no one from the family mentions it on social media, was it actually released? That’s the age-old philosophical conundrum the world is dealing with this week after siblings Kendall and Kylie Jenner launched their own lingerie line without saying ANYTHING about it online!

Topshop launched “The Kendall + Kylie” lingerie collection on Wednesday, but hardly anyone noticed given the resounding virtual silence from the two sisters. Sites such as Cosmopolitan, Glamour and W Magazine have already marveled at the lack of promotion from the infamously promotion-friendly Kardashiantrepreneurs. Cosmopolitan expressed their shock at the surprise product drop before adding: “But here’s the plot twist: They didn’t tell anyone. This isn’t even an ICYMI, because literally everyone missed it. The line simply appeared on Topshop’s website, as if by magic.” 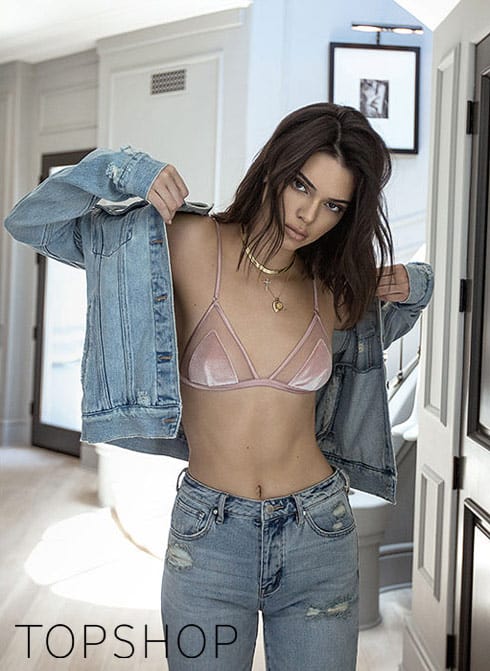 And from W Magazine:

Kendall and Kylie Jenner aren’t usually shy about self promotion on social media. (After all, their family has built a career out of it.) But when their new collection with Topshop dropped today, there wasn’t as much as a tweet or post about it from either of the sisters.

Perhaps the younger generation of Kardashians are trying out a new brand of reverse psychology promotion? It worked on me at least because here I am writing about the fact that they haven’t promoted it! LOL. 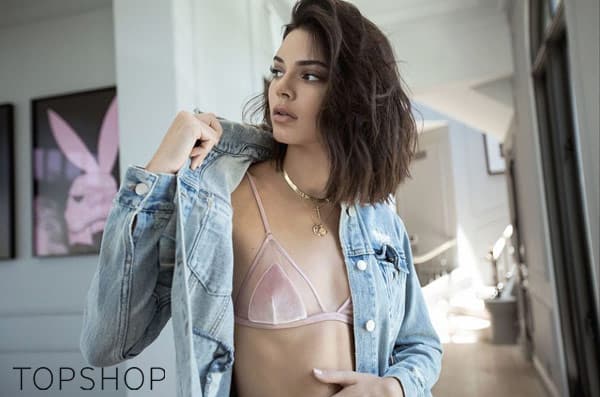 Enough about that, what about the lingerie line itself? “The capsule is co-designed by Fleur du Mal founder and creative director Jennifer Zuccarini, and it features plenty of velvet, mesh, and lace,” Cosmo says. “Styles range from sheer bodysuits to athletic shorts and basic bralettes.”

Kendall and Kylie are rather famous for turning underwear into outer wear, and that seems to be the mantra for the new collection. From the Topshop website:

“Beautiful lingerie shouldn’t be completely hidden under clothes anymore,” say Kendall and Kylie Jenner of their hotly anticipated lingerie collection. Inspired by the sisters’ iconic personal style, the pieces are designed to make their own statement.

Amazingly, the collection is not modeled by Kendall or Kylie, but another brunette model. (I tried to find out her identity, but had no luck. That has GOT to be a high honor!)

Here are a few examples from the collection: 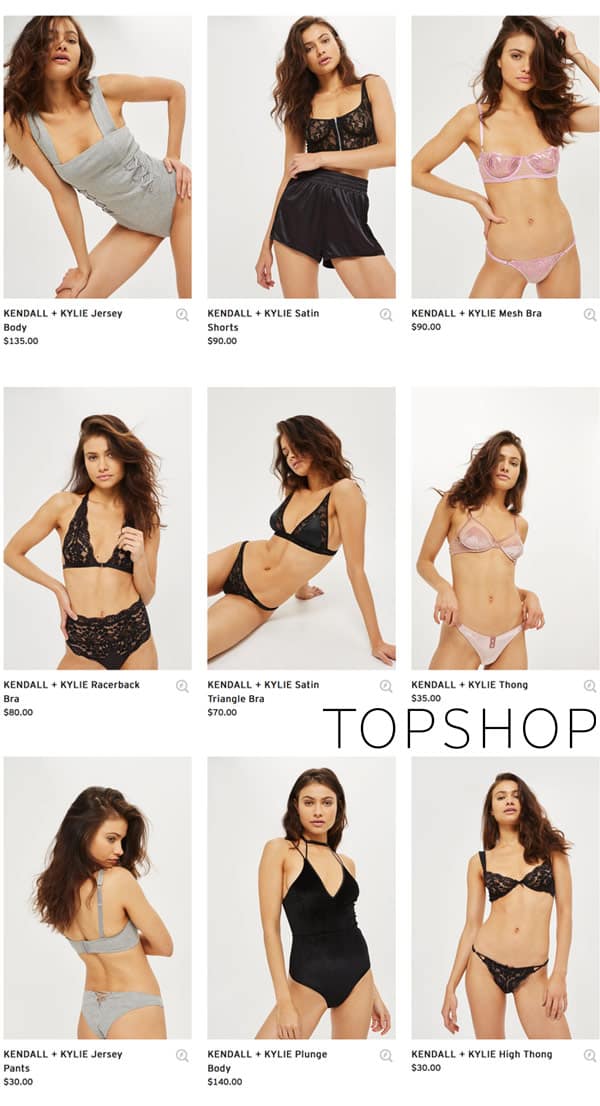 Prices in the collection range from $30 (several different thongs and panties) to $160 for both the mesh catsuit and the V-neck lace body suit. The Velvet Triangle Bra modeled by Kendall above is priced at $60. The collection is exclusive to Topshop and only available to US customers through their website.