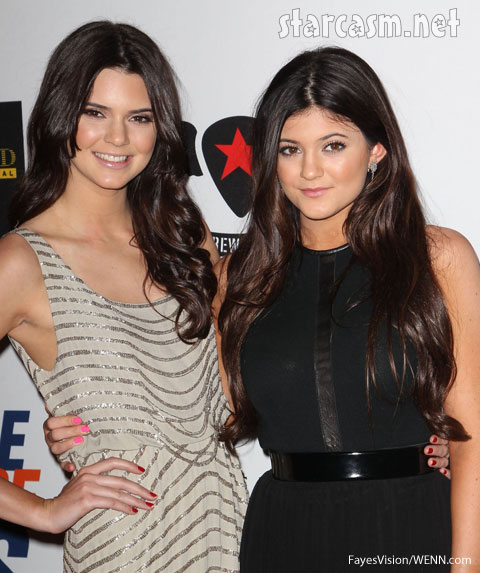 Okay, not completely, but the two youngest Jenners, have stopped attending high school so they can have more time to develop their brands. They will still be home schooled, so don’t worry about them not learning trigonometry.

Kylie (15) and Kendall (16) Jenner won’t be attending Sierra Canyon High School this year so they can do fab magazine spreads and Kendall can pursue acting with a role on Hawaii 5-0. Not only that, but the two girls are getting bigger and bigger storylines on their family’s “reality” show.

Last year the girls talked to Celebuzz about how much they liked going to school because it helped separate them from their celeb lives, but it looks like they’ve now changed their feelings.

Kylie: If we didn’t go to school it would be hard, but school brings us back.
Kendall: And we love going to school! We really do. We love being able to have that aspect still in our lives. It’s like being Hannah Montana and living two lives! We love it, and we love being able to have our friends. It is a little weird sometimes, especially when they come up to us, like our friends at school don’t expect us to be like that.

The teenage girls’ issues with school was the subject of a recent KUWTK episode when Kylie admitted that school felt overwhelming and gave her panic attacks. They talked with their parents about letting them quit school and learn at home at their own pace, and now it looks like that’s exactly what’s happening. Kendall even tweeted about being homeschooled this July, but has since deleted the tweet.

Do you think it’s wise for the girls to quit regular school to pursue their careers?

Kylie Jenner is trying to get ‘accidentally pregnant’ by Tyga (and bought a third mansion, just ’cause)

Who wore it better: Women of Coachella 2014 edition