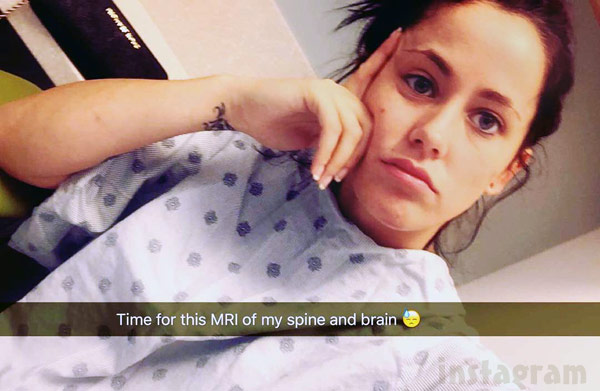 Teen Mom 2 star Jenelle Evans is once again in New York City, her home away from home, and over the last few days she has been sharing photos of herself and boyfriend David Eason having some Big Apple fun, with activities ranging from bowling to ice skating.

But the reality star is not in New York for business or pleasure. As we reported last week, Jenelle has been experiencing some very serious medical issues, and her current trip is health-related–she’s apparently having tests done to determine what is wrong. She shared the hospital gown photo above and included the text “Time for this MRI of my spine and brain ?.” In the caption Jenelle added: “?? if you all MUST know why I’m here, like I said up here for medical reasons.” 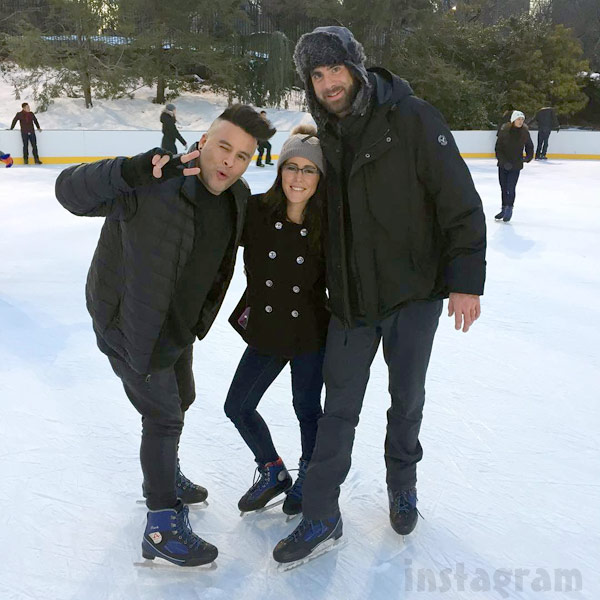 Both Jenelle and her manager, Johnny Donovan (seen with Jenelle and David Eason above), have been dodging questions about Jenelle’s health issues, but an inside source revealed recently that her symptoms include “shortness of breath and loss of coordination and balancing when walking” in addition to restless leg syndrome. On one of her hospital visits Jenelle was reportedly told her issues are due to anxiety, and, on another, they said it was stress-related.

Hopefully, Jenelle will get an accurate diagnosis and begin whatever treatment is necessary soon.

Meanwhile, here are some photos and videos of Jenelle in New York City. (Unfortunately, Jenelle apparently did not make an appearance at Farrah Abraham and Debra Danielsen’s Mom & Me wine launch event in NYC this weekend. Although I suppose that could have only made whatever health issues Jenelle has that much worse.)

Always making me laugh some how. ??

#loveyourmelon got your melon @j_evans1219 lol… @erinbrianaa thank you so much for all that you do!!