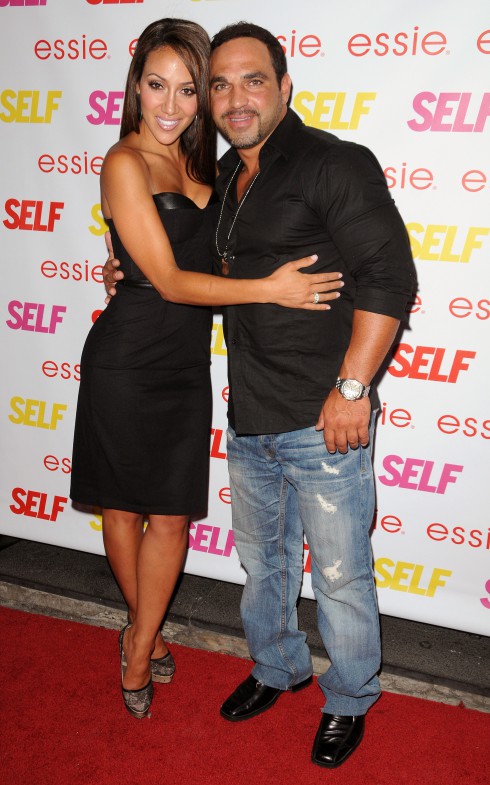 Melissa Gorga’s ex-boyfriend Brian “Bulldog” Bowen recently came out of the woodwork accusing her of cheating on her husband Joe Gorga with him years ago. According to Bulldog, Melissa was sleeping with him while she was with Joe and their encounters continued even after Melissa and Joe had wed. But Joe insists that Bulldog’s stories are untrue and he’s taking to his wife’s defense.

“I don’t even know this guy,” Joe tells Life & Style. “People tried to bring this up two years ago; they tried to put this bulls–t out there. All I have to say is, ‘Ha, ha, ha.'”

The latest cheating accusations aren’t the first negative press Melissa has gotten since joining the cast of Real Housewives of New Jersey. She has also been accused of being a gold-digger and a stripper, which of course played out on the show. Melissa continues to deny all of the allegations, and there has been little actual evidence to refute her denials.

“The poor girl keeps getting all this abuse for no reason. They find a good mom with a good image, and it’s like, ‘How can we take her down?'” Joe explains. “We knew what to expect and what I was getting into. If there were skeletons in my closet I would never have gone on the show.”

Despite Bulldog’s accusations, Joe completely trusts his wife and continues to stand by her. “There’s a lot of lies and a lot of accusations…but I love my wife,” he says.

Melissa is currently working on a relationship advice book about marriage — details here!