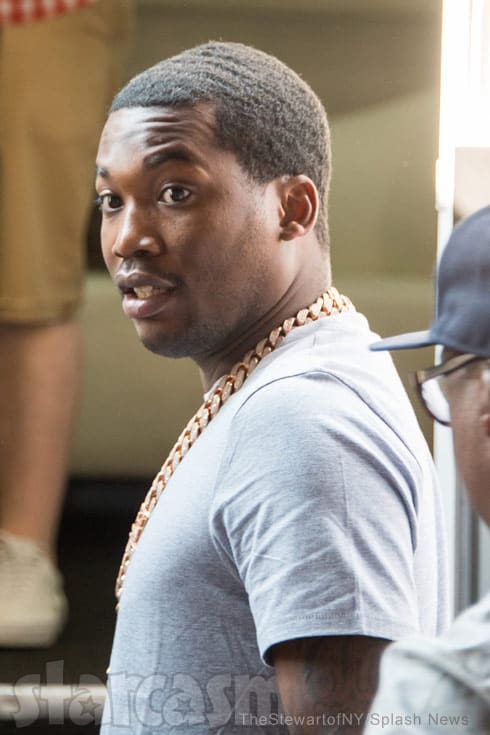 Rapper Meek Mill was charged with misdemeanor assault earlier today after he reportedly got into a scuffle with a couple employees at the St. Louis airport after they asked to get a photo with Meek.

TMZ broke the story, and shared these details:

We’re told the airport employee wanted a photo with Meek but the rapper wasn’t having it … and an altercation ensued.

Airport police were called and Meek, along with 2 airport employees, was charged with misdemeanor assault. They were given a summons to appear in court in lieu of arrest.

Here’s a photo of Meek at the airport from the site:

The scuffle might not seem like a big deal, especially in the realm of rapper legal probz, but Meek Mill (real name Robert Rihmeek Williams) is currently on probation from a weapons and drug charge, so this could possibly qualify as a violation.