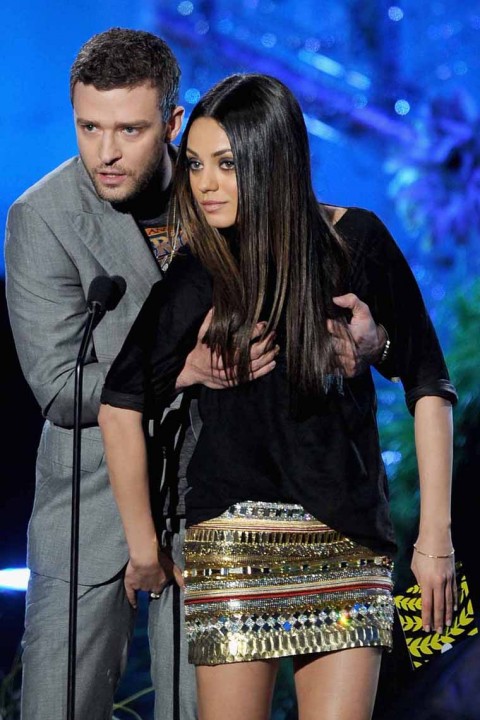 You gotta hand it to these two: They know how to sell a movie!

Friends With Benefits co-star Justin Timberlake and MIla Kunis presented at the MTV Movie Awards last night and sent the internet aflame when they groped each other. It wasn’t just an accidental titty-brush. Oh no. Justin full on grabbed Mila’s boobs, and she reciprocated by getting herself a nice handful of Timbercock. It was the best moment of the whole evening.

Here’s the whole affair on video, where they joke about rumors of the two of them hooking up while filming the movie: