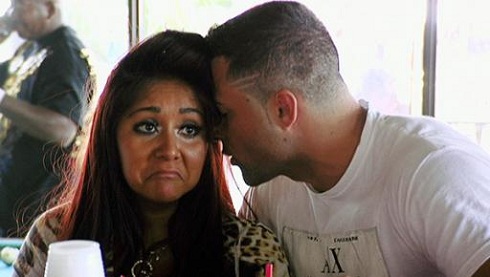 Nicole “Snooki” Polizzi was caught up in the middle of a nude photo scandal a few months ago and up until now, no one knew who had leaked the pics. Many thought it was Snooki’s most outspoken ex-boyfriend, Emilio Masella, who she met while filming Jersey Shore, but as it turns out he’s innocent but another one of her former lovers allegedly is not.

According to a new report, the culprit is none other than Jeff Miranda who Snooki dated in 2010. Their relationship was short-lived, but long enough that Snooki trusted him enough to snap a couple of nude pictures for him which he revealed to the world just a few months ago.

At that time, Snooki’s rep released a statement on her behalf which read, “Clearly these are old and personal photos that were not meant for the public. It’s a shame someone decided to leak them for obvious personal gain.”

A source tells Rumorfix, “Jeff did it because the fame was going to her head and he wanted her to remember where she came from.”

After the two split, he allegedly moved on with Snooki’s former Jersey Shore co-star Angelina Pivarnick. The two were spotted on a couple dates in NYC, but he claims Angelina is a “cheating bi**h” who hooked-up with The Bachelorette‘s Justin Rego while they were dating. Jeff also claims to have hooked up with Deena Cortese. Someone was trying to bang their way onto the show.

Is the STD clause making more sense to you now? 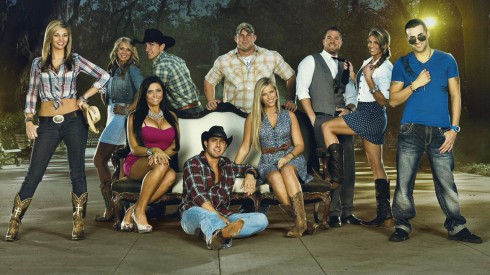 Jeff’s dating habit seemed to pay off, amazingly enough. He went on to star in CMT’s Sweet Home Alabama and Southern Nights, which has been called The South’s Jersey Shore.

In case all this info was shocking enough, Jeff is also the cousin of Snooki’s current fiance and baby daddy, Jionni LaValle! Oh, it’s a small world.

JERSEY SHORE Mike ‘The Situation’ Sorrentino may be going to prison for a long, long time