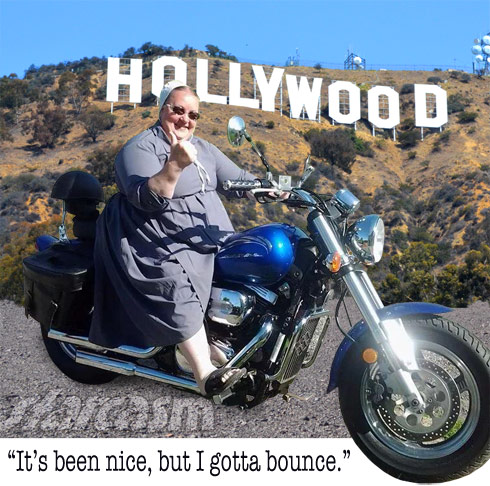 It’s the end of an era as Breaking Amish matriarch Mama Mary Schmucker announced today that the upcoming season of TLC’s Breaking Amish: Return to Amish will be her last.

In a “little update” posted to Facebook earlier today, Mary shared “what people don’t know about shunning” and revealed that being shunned has been a painful experience for her and she wants to do whatever it takes to be welcomed back into the Amish community.

“I’ve been shunned for 2 years,” Mary explains before adding, “yes, I’m trying to get back, but this doesn’t happen overnight…this is something you have to work with. I have to prove to the church that I really want to go back.”

So what will the timeline be for Mary’s potential return to the Amish church? “It’s probably going to be about another year before I can get back in,” she says.

“I want everyone to remember it is sad to be [shunned],” Mary points out, “but I also had a lot of fun while I was doing the things I wasn’t supposed to do.” (That’s the Mary we know!)

“So either way it was good and it was bad, so this season will be my last season,” she concludes.

I suppose we could this that as some really bad news (We here at Starcasm have been HUGE fans of Mama Mary from the very beginning), but I think it would be better to take the “glass is half full” approach and celebrate the fact that we will all be treated to a whole new season of Mama Mary when Breaking Amish returns on May 31!

And speaking of Breaking Amish returning, Mary’s co-star (and sometimes “odd couple” business partner) Jeremiah Raber revealed today that the upcoming season will feature his three children with ex-wife Naomi Stutzman! “This new season you will get to see my 3 kids for the first time!!!” he wrote.

You might recall it was a bit of a scandal when it was initially revealed Jeremiah had an ex-wife and three children back during the first season because there was no mention of it on the show. Naomi later spoke with WPHTV and Star Magazine and had less than favorable things to say about the show and Jeremiah.

Jeremiah also confirmed in the comments section that original cast member Sabrina High would not be on this season. It has still not been officially announced exactly why Sabrina is not returning.

Breaking Amish’s Jeremiah Raber ticketed for driving without a seatbelt