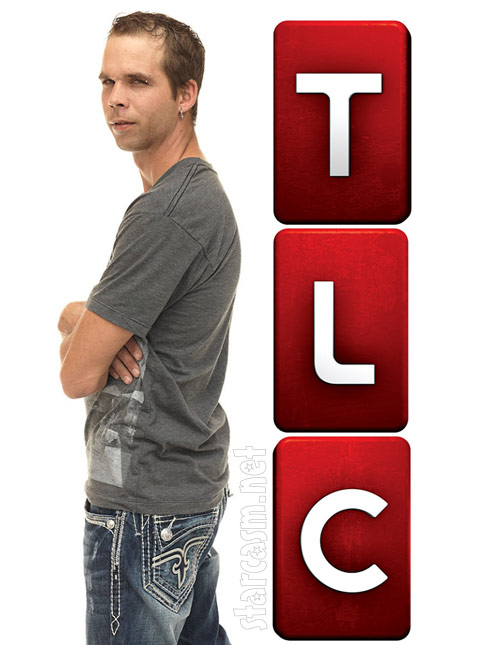 Original Breaking Amish cast member Jeremiah Raber had very little tender loving care to offer to TLC and producers of Return to Amish after his lack of on-screen time in the first two episodes. The 34-year-old Raber took to Facebook after last night’s episode and shared his anger and frustration with an expletive-laden post calling the producers “lying bastards” and telling them to “go to f***in Hell.” 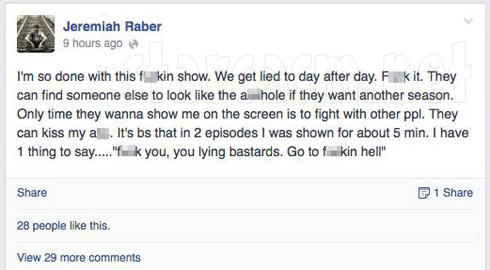 I did a little research and judging from the synopsis for next week’s episode of Return to Amish, it looks as though Jeremiah’s woes may continue. No, it doesn’t mention Jeremiah getting into a fight or anything — it doesn’t even mention Jeremiah at all!

“I’m Amish, What Are You?” The Schmucker family meets Abe and Rebecca’s newborn baby; Sabrina’s pregnancy takes a scary turn; Mary and Chester argue about the church; Chapel receives some news.

However, it appears as though Jeremiah may get his wish in the June 25 episode because not only is he mentioned not unfavorably in the synopsis, but he’s getting paired up with show superstar Mary Schmucker for some sort of entrepreneurial venture!

Chapel gets sad news and tries to find a way to tell Andrew; Sabrina receives questionable advice; Mary and Jeremiah gauge interest in their new business idea at a Groundhog’s Day festival; Kate focuses on her career in New York City.

I am guessing this “business idea” is Jeremiah’s plan to open an Amish sweet shop, perhaps with the addition of jarred meats from Mary? It could be called Jeremary’s Amish Sweets ‘n’ Meats! Or maybe Marymiah would be better?

As unhappy as Jeremiah is with his on-screen life, things don’t appear to be going that much better off screen. In addition to running afoul of the law in a pub altercation back in April, Jeremiah recently updated fans on his acrimonious relationship with his ex-wife, and mother of his three children, Naomi Stutzman:

What a f***ing B!tch my ex is. She told me an promised my kids that if I come to Ohio then they could go home with me for a few weeks. Guess what. … I’m in Ohio to pick them up an being the c*nt b!tch she is she’s not letting them go with me. Wow. .. — 🙁 feeling heartbroken.

You can keep up with Jeremiah (even if it’s only to a teeny, tiny degree) by tuning in to new episodes of Return to Amish Sunday nights at 10/9c on TLC.

How fake is Breaking Amish? Jeremiah Raber is divorced with three kids; Does Abe have a baby with Rebecca?