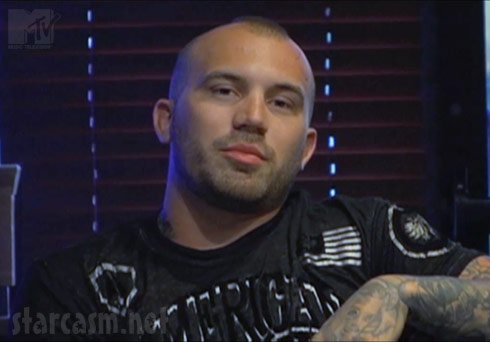 Adam Lind went and got himself arrested again…

The father of Teen Mom 2 star Chelsea Houska’s daughter Aubree was booked into the Minnehaha County Jail last night on domestic stalking charges with no bond.

Here’s a cap of the booking info via the jail’s website:

An insider told Radar that the arrest was all about a vengeful ex-girlfriend (no – not Chelsea). According to their source Adam called it off with Brooke Beaton and the ensuing fallout went nuclear:

“Two weeks ago, Adam dumped Brooke and made her move out of his house because he caught her drinking and doing drugs. He is trying to stay on the right path, and doesn’t want people who party in his life. Brooke was so furious, she called the police and made untrue accusations against him.”

Adam posted up some pics to his personal Facebook page over the weekend of his truck with the tires slashed – and he called out Brooke for having done the damage: 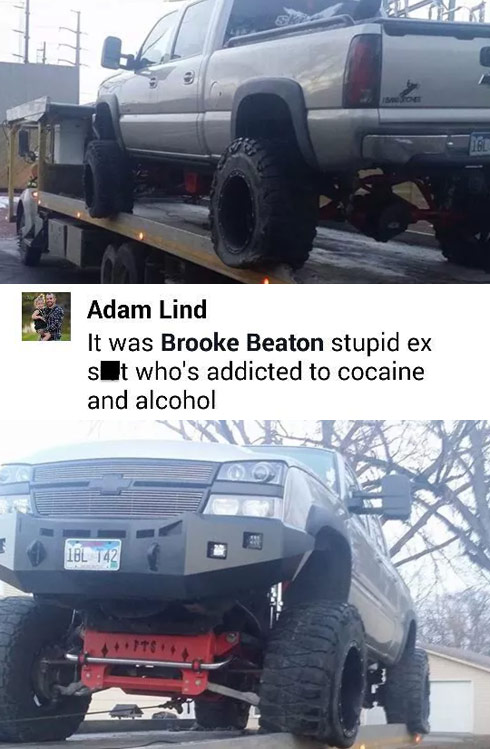 Radar’s report indicated that Adam was expected to appear in court this afternoon. As of this post, Lind was listed as a current inmate at the jail in their “who’s behind bars” search.

UPDATE – Brooke Beaton has filed a restraining order against Adam and has revealed her side of the story. (Click the link for more details.)

You can see pics of Brooke and get details of her own criminal history here.