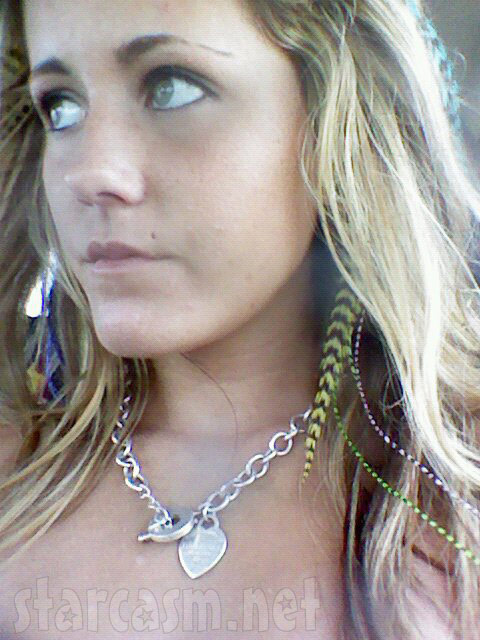 There has been a great deal of confusion since Teen Mom 2 star Jenelle Evans reportedly checked into a rehabilitation facility late last week at the request of MTV. Most reports indicated that she would be in treatment for 30 days, and rumors recently swirled that she was at a facility in Malibu, California (which is reportedly where she — and definitely where Teen Mom star Amber Portwood — have spent time in rehab before). But, we have a source close to the 21-year-old reality star that reveals Jenelle is actually in Florida (at a facility called “Malibu”) and is scheduled to be released today! (Thursday)

“She leaves from the facility tomorrow,” our source told us late last night. We had also hoped to clarify exactly why Jenelle was at the facility, whether it was for heroin addiction like Radar Online has reported (see below), or “just a support for this season … like a paid vacation,” as Jenelle’s close friend Gary Head said in a Twitter direct message conversation last week. Our source was unable to disclose that information, but did seem to cast some doubt on the heroin reports by saying, “obviously if it were something major she would be there a lot longer than a week.”

And was Jenelle forced to enter rehab? “It was voluntary under advice from MTV,” our source says.

UPDATE – It’s late on Thursday night and it is unknown if Jenelle has checked out of the rehab facility or not. All is quiet on Jenelle’s Twitter account, but the same cannot be said for just about everyone else’s that has anything to do with her! Though we haven’t been able to confirm it, the scuttlebutt is that MTV heard about Jenelle’s plan to leave rehab after less than a week and insisted that she stay the full 30 days or else they would no longer be able to work with her. I iterate that this is an unsubstantiated rumor, and with Jenelle being technologically isolated, we’re having great difficulty confirming anything.

UPDATE (March 1) – Jenelle appears to be out of rehab as she returns to Twitter and immediately begins to lash out at Gary Head for his actions while she was away.

All of this news comes as the fourth season of Teen Mom 2 gets underway, a season that according the trailer and comments made by Jenelle’s husband Courtland Rogers, will include Jenelle getting involved with drugs other than marijuana after she reunites with Kieffer Delp. Courtland has stated that we will see how Kieffer got Jenelle hooked on harder drugs during the upcoming season and there is also a video tape of a phone conversation between Kieffer Delp’s mother and Jenelle Evans’ mother Barbara Evans in which Barbara also says Kieffer got her started on heroin — although she makes no mention of whether or not it would be on the show.

Gary Head has stated that Jenelle’s current stint in a facility was “for emotional support because this season was so intense. MTV Does not want her to see this season and then relapse BC of all the stress.” He goes on to insist that “Jenelle does not do drugs.”

In a conflicting report, Radar Online claims Jenelle is in rehab for heroin abuse with a source that says Jenelle is “seeking treatment for her drug addiction issues and related stresses stemming from her tumultuous last few months.” 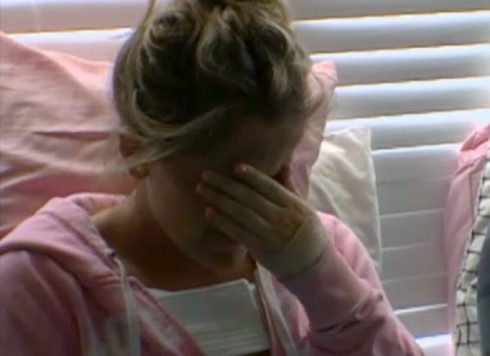 In the preview trailer for the upcoming season, Jenelle sits with her head buried in her hand while a man says into the phone “she is high on morphine.” (This makes sense given that she had breast augmentation surgery during the time MTV was filming the current season.) In addition to any post-surgery pain meds she may have been prescribed, Jenelle also went through a list of all the drugs she was taking in a live video session in early December, which included Lorazepam, an anti-anxiety benzodiazepine.

As for when Jenelle gets out, just keep an eye on her Twitter account — I assume she will update all her fans soon after being released.