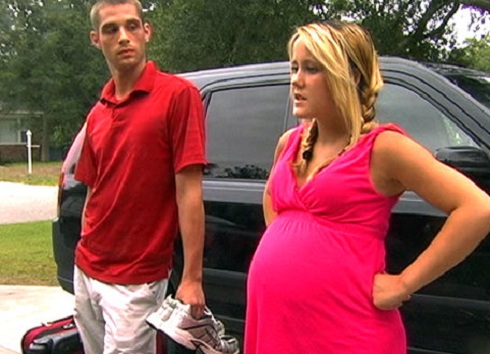 Andrew Lewis is the baby daddy of Teen Mom 2 star Jenelle Evans. (Actually, that may not be true. Jenelle sort of seemed to admit he wasn’t Jace’s father back in January of 2011, but we’ll ignore that whole thing for the sake of this article.) While fans saw him a bit on 16 & Pregnant, they didn’t see him much after. Andrew is no longer in their three-year-old son’s life and according to Jenelle, he isn’t even paying his court ordered child support. While many would label him a ‘deadbeat dad,’ he claims otherwise. In a new Facebook post, the typically mysterious Andrew is speaking out against the bad wrap he’s gotten since appearing on the MTV show.

“People say I am a drunk loser deadbeat but I am not I do not drink nor do drugs I work hard as a full time student completing my goals I have set in my life,” Andrew explains to fans in a post published on his Facebook fan page. Andrew who says he is now “happy with his life” is currently working on his Master of Fine Arts in filming at Florida State College. 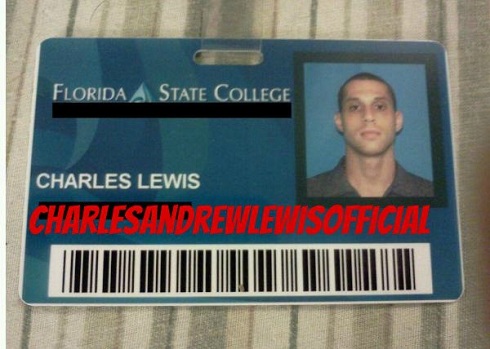 As far as his association with Teen Mom, Andrew is tired of being bothered with fans’ questions and concerns. “I do not want anything to do with that show or 16 & Pregnant, thats why you never see me on there, it is degrading, and makes teenagers around the world think it is ok to be young mothers.” Looks like he’s hopped on the “Teen Mom Glamorizes Pregnancy” train that its stars (and impartial researchers) have tried so hard to discredit.

As for him not being seen on the show because it’s degrading, we’d have to note that another possible reason is that he is no longer in lives of Jenelle and their son. He added that another reason for his absence is that it could have been damaging to his career. “Once your off that show thats it for you no more career move there, your gonna be stuck known as a teen mom forever, i respect the business ive worked in it since i was 17, and if i wanted to become famous or more likely “publicly known” i would work a hell of a lot harder than just being on a reality t.v series.” Ouch.

Also in the post, Andrew addresses Jenelle’s recent troubles and says that she’s gone “downhill” since they broke up. He even insinuates that he was the one who made sure that she was a good girl when the pair was involved. “When I dated her she never was in trouble with the law didnt do drugs etc etc I kept her boundaries inline.”

Jenelle, who is currently dating Kieffer Delp, had recently claimed that Andrew owed her mother over $4,000 in back child support. Ironically, Andrew didn’t address the issue of child support in his extensive blog, nor did he explain why he no longer sees Jace. 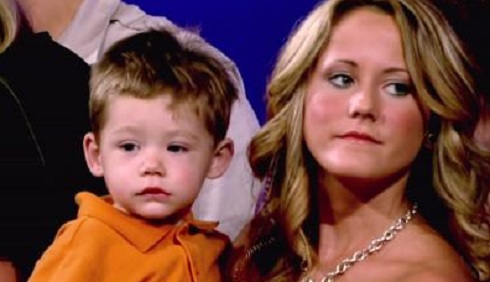 Upon reading Andrew’s post, Jenelle responded with a statement of her own on Twitter. “OHHHH Andrew, yu claim yu’ve been going to college since i’ve met yu. im going to be successful unlike yu. Yu still live with yr parents and yu are how old now? almost 28 ? yu also claim yu “dont want to be in the industry” when clearly yu just got back from NYC where yu COULDNT make it in the modeling industry.”

Jenelle adds, “If yu are “doing well” why not pay the $4,000 in child support yu owe? thats bulls**t. i pay every month, so should yu. or maybe yu should come see yr son? nope cant do that.”

Another juicy tidbit? Andrew dished on the hot topic of salary! “They got like 60,000 a year from what people tell me and when they filmed me I got 5,000 for every 8 hours of filming.”

(To be honest, I don’t know how Jenelle keeps up with it all! That’s a whole lotta feudin!)