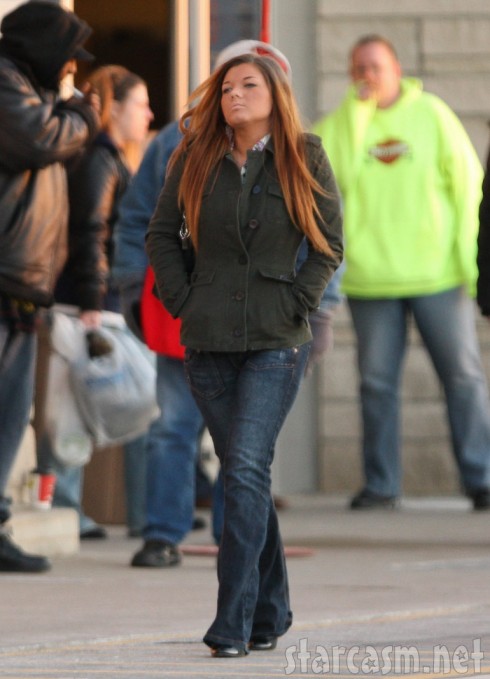 It’s getting hard to keep up with Teen Mom news maker Amber Portwood.  On one hand there is the ongoing court drama stemming from her filmed attacks of baby-daddy Gary Shirley and on the other hand is the important task of figuring out who her man of the hour is.

We though we had Amber pinned down to one Clinton Yunker, a cage fightin’, restaurant working young man with a somewhat questionable past.  Well now it looks like Amber has moved on from Yunkersville and headed into the arms of a new man, Michael Rayn.

According to Radar, Amber and Mr. Rayn have been dating for a while now and surprisingly the attention seeking Portwood has kept this new romance under wraps.  The pair has even managed not to be photographed together which is an impressive accomplishment unto itself.

“Mike won’t say they’re officially an item, but he and Amber have gone out a number of times.”

One of these instances was a trip to watch the recent Indianapolis Colts playoff game vs. the New York Jets.  Amber and Mike attended via Limo with Amber’s cellmate Carol Thomas.  The friends watched the game from an exclusive private suite at Lucas Oil Stadium.  This might seem extravagant if you missed out on how much Amber banks from her appearance on the hit MTV show.

I was able to track down a Michael Rayn on Facebook that resides in Kokomo, Indiana, a town very close to Amber but as of this write up was unable to make a positive ID on our new perspective man in Amber’s life.  We’ll keep you posted if and when some Michael Rayn pics come across our feed.

Farrah Abraham announces she is adopting a child