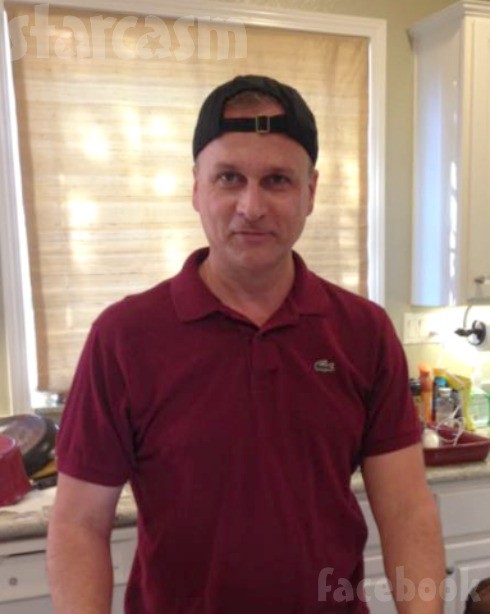 After Tamra shared some personal information about the custody agreement between her ex and their three children, Simon took to social media in defense of his family. Following Simon, a Facebook page claiming to belong to Sidney Barney popped up.

The profile alleged some pretty horrific things about Tamra, including mental and verbal abuse as well as claims she uses her children as a story line. Many viewers assumed the Facebook post was Sidney sharing her side of the story. 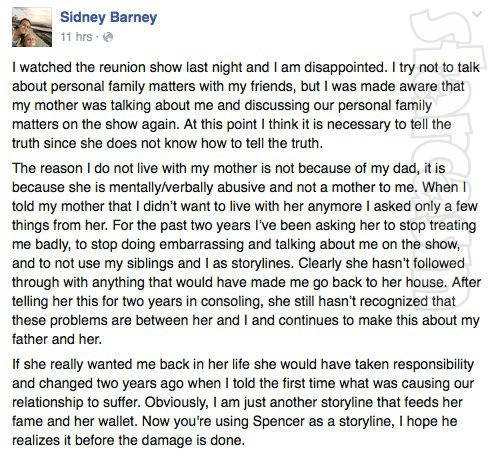 But something about the post seemed fishy. Now, people are questioning if Simon is actually the one behind the Sidney Barney Facebook page based on time stamp evidence.

Online sleuths compared Simon’s post to Sidney’s page and discovered they were active within minutes of each other. Some even claim Sidney’s page was created that night – not long after the reunion aired. (The times below are shown are in Eastern.) 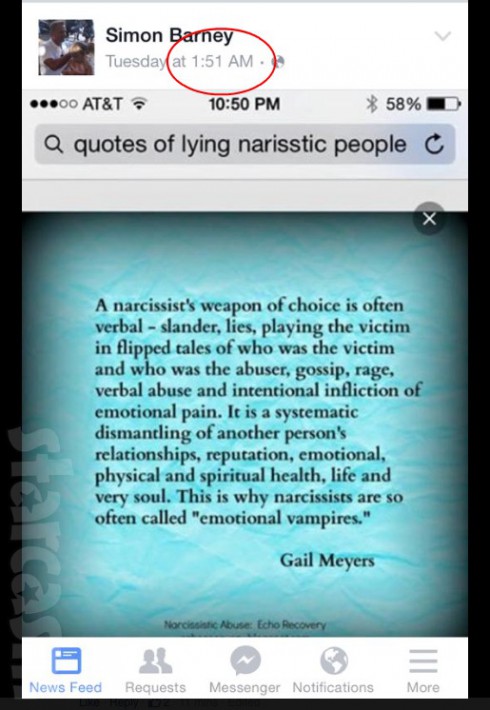 The Sidney page only included a profile picture and the post written about Tamra. No personal info, no likes, no other posts…

Let’s face it, you don’t have to watch Catfish to know a bare-bones Facebook page is a red flag. Not surprisingly, the Facebook page has since been removed.

Viewers were also suspicious of Sidney’s claim that Tamra uses her children a storyline. While Tamra doesn’t shy away from the custody battle with her ex and the fact her three youngest aren’t allowed to film, she has tons of material for storylines including CUT Fitness and Eddie, becoming a grandmother, fighting with Vicki, finding her faith, etc. 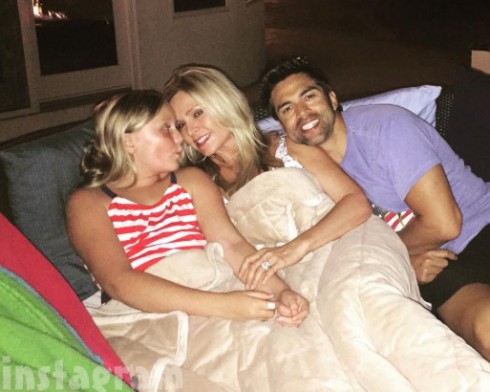 And something else that doesn’t add up is Tamra’s seemingly good relationships with her other children Ryan, Spencer, and Sophia. If Tamra was truly abusive toward her kids, wouldn’t she have issues with them as well?

So what does Tamra think about all this? When asked about Sidney’s allegations toward her she said, “I can guarantee she did not write it. I think we all know who did.” 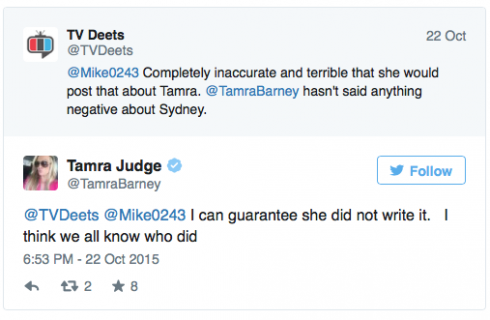 Do you think Simon is behind Sidney’s page?

UPDATE – Tamra Judge has since responded to our story on Twitter:

@starcasm omg your right. That's not her profile pic of her FB page. So wrong !!!!

And Tamra issued this statement to Us Weekly:

It’s shocking and horrifying that someone would do something so vile. I knew it wasn’t my daughter. Those are not words of a 17-year-old and that was not my daughter’s real Facebook page. It’s very apparent who was behind it; no need to name names. Shame on you for trying to make a sad situation worse between a mother and daughter.

PHOTOS from The Real Housewives of Orange County Season 9 Reunion