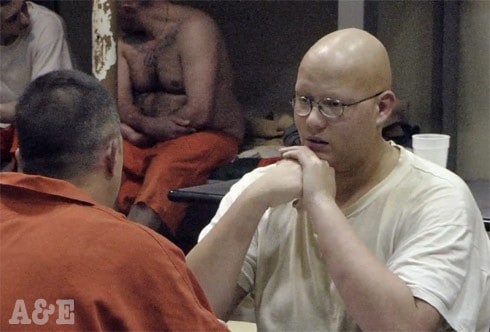 60 Days In, the A&E docu-series featuring seven people who enter jail voluntarily, continues to do well in the ratings. While fans tune in to see what happens as the cast interacts with an unsuspecting prison population, many have wondered just how real this reality TV show actually is.

DiAundré Newby, a former inmate in the Clark County Jail who is featured prominently in the first season, talked in-depth with the News and Tribune about his experiences while the show was being filmed.

Newby, 20, is the young man who took Robert, arguably the most controversial participant, under his wing. When one of Robert’s first moves was to ask if the prison had the NFL Network, Newby, like other inmates, became suspicious. “It didn’t take us long to figure out that they weren’t really focusing on first timers. We didn’t know that any undercovers had been put in with us, but with most people who’d been doing this a long time they were always suspicious that that might be a possibility,” Newby said.

While Newby figured something wasn’t right about Robert (find out about Robert’s previous appearance on TV), he didn’t automatically assume that Robert was undercover, like many of his fellow inmates did. He wanted to help because, having been in jail before, he knew what it was like when you first hit the pod. “I’m only 20 but I’ve been to jail before and I remember when I first walked into a pod and was like, oh s***… If I think that somebody is having a hard time then I will help them if I can,” he said.

Newby, who verified that he and other inmates were told that the cameras were documenting experiences of first-time inmates, did take umbrage with how the show edited his story line. Newby is seen getting jumped at the end of episode 2 and the beginning of episode 3, and it seems from the flow of the show that it’s a result of his support of Robert. He told the News and Tribune, “Whenever I was assaulted by the inmate, it actually didn’t have anything to do with how I addressed Robert. That was a completely unrelated incident… That was actually something that did aggravate me because they took it out of context and made it seem different than what it was.”

Robert says in the show right after the attack is shown, “That makes me feel horrible. But I just hope that he didn’t get attacked because he was nice to me.” 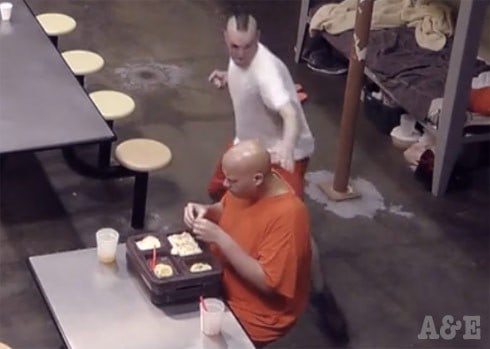 Newby, who was released in late March, also clarified how drug use by the prisoners is portrayed. “There are these things called Stonewalls (tobacco pills) and they’re not really illegal, you can purchase them on commissary for $12 a box. And people who had a habit of snorting stuff on the streets would take these Stonewalls and crush them up and make them into a line and snort them. It really didn’t do anything for them other than the placebo effect of having something in their nose,” he said.

While he understands that the show is entertainment, Newby believes that 60 Days In can be a learning tool for the jail, as Sheriff Jamey Noel envisioned.

As Newby says, the show does Hollywoods it up somewhat, but if a man who’s actually done real time believes it can be beneficial, that’s an indication that 60 Days In is doing a good job of balancing the demand for entertainment with the goals of Sheriff Noel.

Camper sleepwalks off 60-foot cliff and…