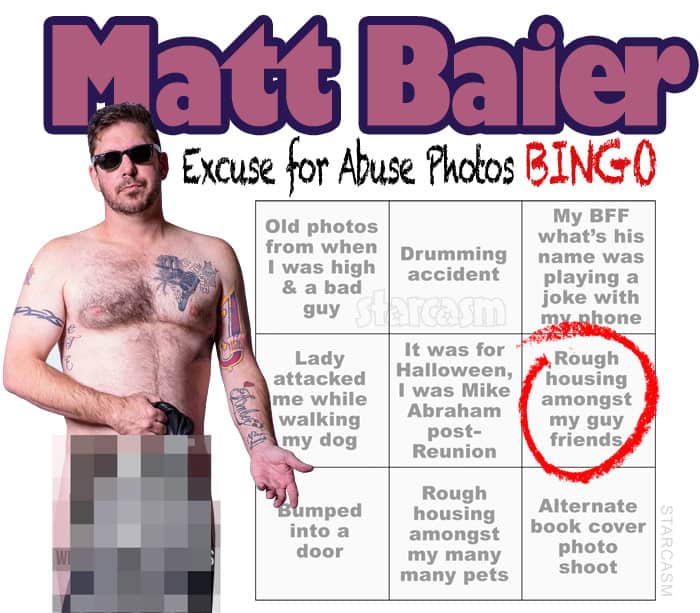 If you were playing “Matt Baier’s Excuse for Abuse Photos Bingo” and had “Roughhousing with my guy friends,” then you are a winner! What do you win? Ummmm…Twitter bragging rights?

Amber Portwood’s controversial fiance finally addressed the photos that recently surfaced online in which his face is severely injured with scratch marks and a black eye. Matt allegedly sent the graphic selfies to multiple women, and included text messages, reportedly from him, that suggested Amber Portwood caused the injuries.

Matt spoke with People and revealed that the pictures are just the latest additions to a growing mountain of evidence that seems to indicate he is a horrible person–but which he can easily explain. “The photo that surfaced is nothing more than the result of some roughhousing amongst my guy friends,” Matt said. “I got my butt kicked by a friend, and it was well-deserved, I might add. Now someone’s trying to use the pic to paint an untrue picture of our life together.”

I guess I should point out that Matt seems to be referencing a single photo, so I’m not sure what the deal is with the other two. Anyway, he continues to be Amber’s knight in shining armor, defending her adamantly. “The rumor that’s circulating is both vicious and completely false,” he says of the reports that Amber may have caused the injury(s). “I can’t stand by and allow the media or anyone else to undermine the progress that Amber has made in turning her life around, or the relationship we’ve worked hard to build together.” 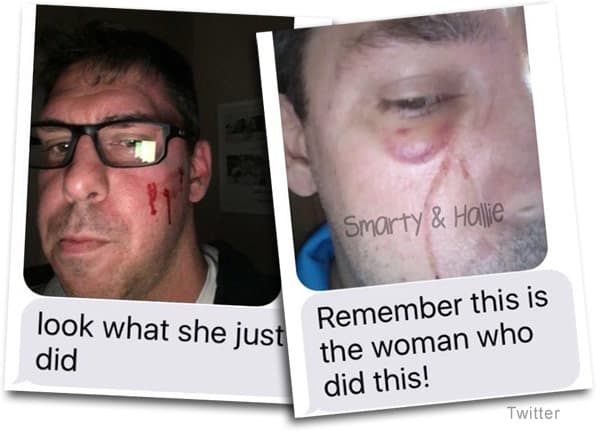 Matt iterates that Amber has her anger management issues under control, and casually mentions that they are still planning on getting married this fall. “Amber would never lay a hand on me, and I can’t wait to marry the love of my life in October.” Well, I assume he means Amber.

Meanwhile, the woman named Tiffany Bassett, who appeared briefly on the “Being Matt” special and was labeled as a “side chick” of Matt’s by the Twitter account that first posted the photos, continues to vent on Twitter. In addition to insisting that she was never one of Matt’s side chicks, she also continues to hint at an upcoming “tell-all” interview in which everything will be explained.

(It’s important to note that Tiffany is currently battling cancer in the form of Hodgkin’s lymphoma. As mentioned in our previous post, Amber tweeted Tiffany’s GoFundMe page earlier this year and Tiffany mentioned in her grateful response that she looked forward to seeing Amber in a couple of weeks — which I am guessing was for the “Being Matt” filming.)

@AmberLPortwood @vanluc7 @gofundme I'm speechless thank you so much. Amber love you so much see you in a couple weeks or less xoxo

In our previous post, which included comments from Tiffany, we didn’t talk much about her cancer other than mentioning her interaction with Amber on Twitter back in January. But, judging from Tiffany’s more recent tweets, her medical condition appears to be a huge part of her story as far as her relationship with Matt and Amber and why she was on “Being Matt.”

First off, Tiffany clarifies that she was never romantically involved with Matt. “I was never a side chick- that term is so derogatory to begin with, nor was I with anyone romantically while there,” Tiffany tweeted. She also says that, despite how it appeared on the show, she wasn’t Matt’s friend Jeff’s date either. So why was she there?

“I was invited out literally just to make them look sympathetic for having a cancer girl friend around,” Tiffany tweeted. She later asserted her claim to commenters. “I legit am just some cancer friend they have,” she wrote. “I’m learning it wasn’t a real friendship. It was for show.”

But it sounds like there was a lot more to it than just the deception based on Tiffany’s cancer. “Words like ‘choice’ ‘wanted’ and ‘into’ do not describe wtf happened with me and Satan,” she tweeted. “It’s brutal.”

Tiffany from the “Being Matt” special: 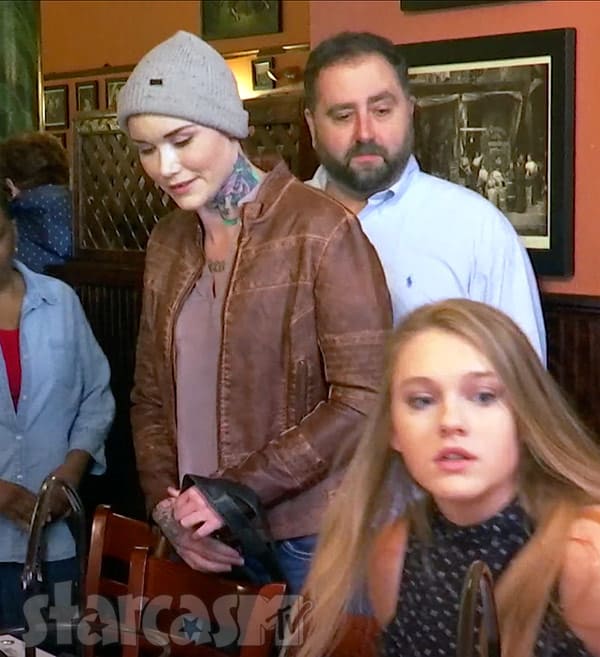 Despite her feelings towards Matt, Tiffany hasn’t had much negative to say about Amber at all — and she insists that Matt’s injuries in the pictures were not inflicted by Amber. From Tiffany:

amber didn’t do that. I promise you it was faked so that the girls he sent them to felt bad for him like his life was faked on camera and he was so miserable at home and needed comfort. Tragic. He never pulled that w/me

So when will we get all the details? “I already gave my story,” Tiffany said again. “WITHOUT PAY. And am awaiting the release date. I just wanted to prove I’m not in it for money as said.”

Disease aside, every one of you are acting like I’ve done something wrong by assuming I’m some side chick who hasn’t told you guys some story you have to have. I have things to say- they don’t come CLOSE to what’s been said here.

NDA means I CANT GOSSIP ON TWITTER. At least not until my story breaks. then it’s open f**king season to answer any and all questions. These half assed assumptions about me are real basic and real dumb.

Tiffany sums up the entire experience in much the same way as all the other women who have had relationships with Matt in the past: “I would kill to not be involved in this god forsaken mess.”