Justice moves fast in the Mountain State! It’s been less than a week since Judge Tod Kauffman issued an order prohibiting Jesse Chapman Johnson from shopping or selling a sex tape of him and Buckwild star Shae Bradley and the two were back in court yesterday where the judge sided with Shae and ordered the video destroyed!

“I haven’t slept, I can’t eat. It’s just disgusting. I don’t see how someone is allowed to just torment me non-stop,” an emotional Shae said in a Kanawha County courtroom Monday. 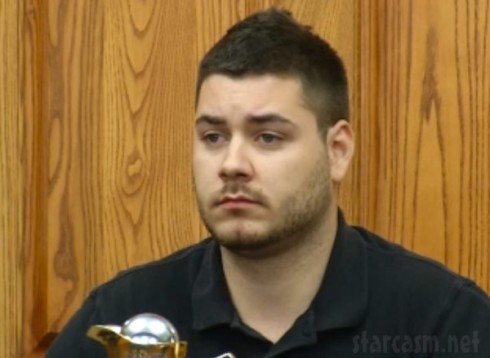 Jesse, who went by “Jesse J” on the show and was representing himself in the hearing, claims to have burned the tape days ago, just after learning the matter was going to court. “I don’t care what happens to her,” he said in court, which is different than what he was saying last year when he threatened to “ruin her life” by releasing the pictures and video. Those threats bordered on criminal harassment and extortion, according to Shae’s attorney, J.B. Akers of Akers Law Office.

“He told her last fall he was going to ruin her life specifically in reference to these photographs and videos,” Akers said.

Despite Jesse’s threats, the issue was muddied legally by the fact that Shae willfully participated in the photos and video and then sent them to Jesse, which technically gave him ownership and the right to do with them whatever he chose. “She sent them to me,” Jesse said while on the stand. “If she didn’t want me to see them, why would she send them to me?”

But, as we stated, the Judge ruled in favor of Shae and ordered all photos and the video destroyed. If Jesse’s claim that he destroyed them already proves to be false, he could be held in contempt of court.

Congratulations to Shae! The relieved reality star tweeted yesterday, “I feel like my life is finally starting to turn around. Prayers answered. #soblessed”

Click here to watch video from the courtroom from WCHS.
Photos: WCHS