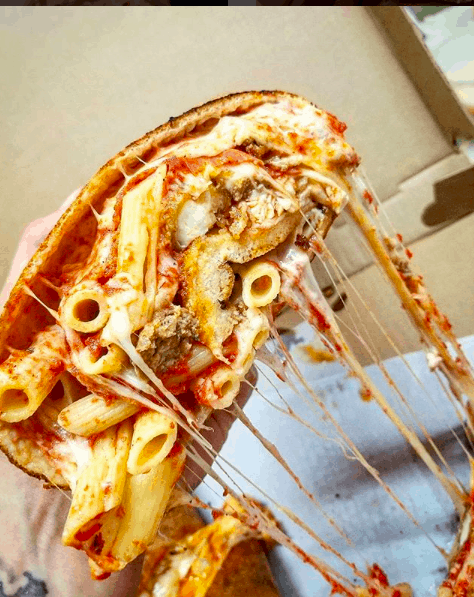 What your viewing right now is the food that’s currently conquering social media and eliciting a number of jokes about the eating habits of U.S. residents. You can get this monstrous “PizzaRitto” at a NY eatery Russo’s House of Pizza. It’s a large pizza stuffed with pasta, parmesan sticks and other items, and rolled up and served like a burrito. Owner Michael Russ has some zen words of wisdom for all of curious about his creation: “just ask the universe for it keep on it day in day out… eventually… the universe answers back…” 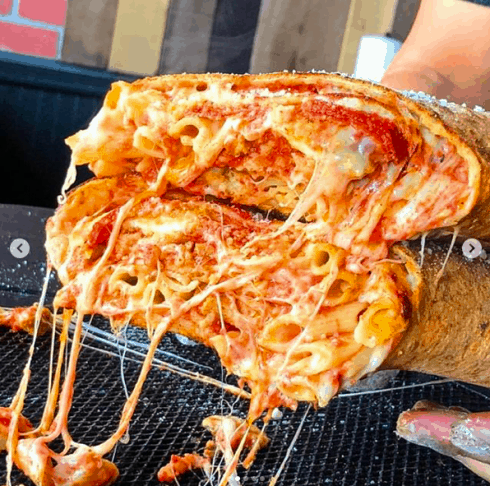 This massive 7 l.b. concoction was introduced to the world when the they were visited by the Travel Channel and Food Insider this week.

Multiple layers of cheese can be found in this burrito ? pic.twitter.com/mZ6Mz1Uj8i

The amount of calories in this thing are must be insane! Michael Russo notes in the video posted on the Food Insider’s Twitter page that it’s “definitely not based on a 2,000-a-day diet.” The burrito itself probably clocks in at well over 2,000 calories – large pizzas can come in over 4,000 calories even before adding extra ingredients like pasta and cheese sticks.

Shows on the chopping block: Community, Rules of Engagement and more up for cancellation