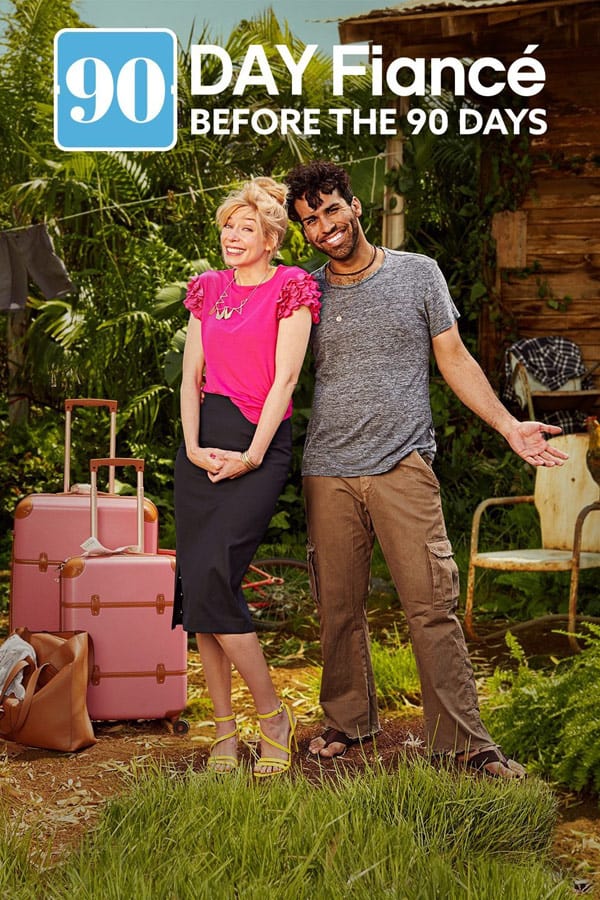 The second season of Before the 90 Days has a plethora of controversies and mysteries, including potential catfish situations, a couple who may or may not have already met and hooked up prior to the show, and another cast member who has yet to appear on screen after three episodes. Even with all of these open cases presented before the ever-growing bureau of 90Daytectives, there may be no bigger mystery than the unknown couple who appear in all of the promotional photos and videos for the current season!

If you’re not sure what I am talking about, it is the couple shown in the photo above. The picture includes a white Caucasian woman and a dark-skinned man posing in front of what looks to be some sort of rural rain forest barn — complete with clothes line and (fake?) chicken. The photo has been plastered all over, including TLC’s official Before the 90 Days website, both of the show’s Facebook profile photos, and most all of the TV listings websites. The image was also used in magazines (and possibly other print media) to promote the new season: 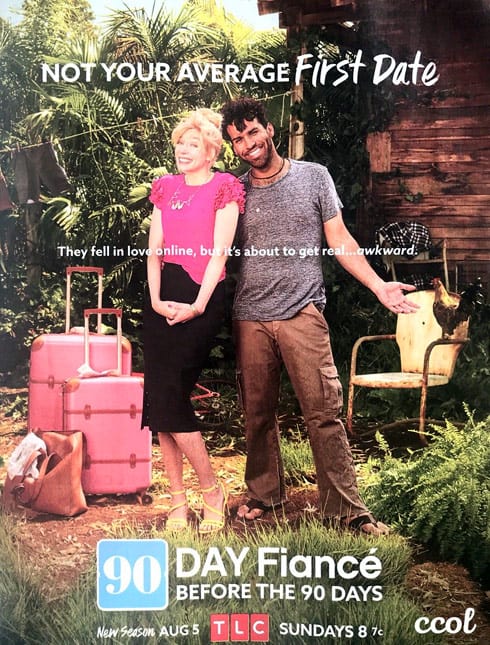 As fans of the show are well aware, this couple has not only not appeared on the show this season, but they are not mentioned in any of the press releases about the new season — including the bios for the cast members. Those bios included Marta and Daya, who have not appeared yet this season, but made no mention of the mystery promo couple.

In addition to the ubiquitous image above, TLC also posted a brief promotional video that includes the couple from the same photo session as well as a clip of the blonde woman with a backdrop that I assume is supposed to represent her hometown:

If that video gave you some SERIOUS creeper vibes, you are not alone. Here are some comments from the post that seem to be an accurate representation of most people’s reactions:

Why does she look like he’s ready to take her back to the jungle and rape her?

She looks scared to death

Just in case the video didn’t work for you, here are two cringe-inducing screen caps: 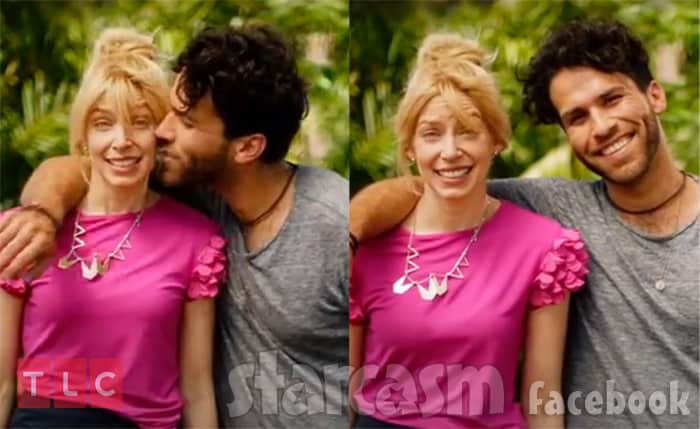 So, who is this couple? Are they going to be on this season? What’s the deal?!

Not long after the season and the cast was announced back in June, fans (and this blogger) already realized that the mystery promo couple was unaccounted for. Even returning Before the 90 Days star Paul Staehle was curious, as he responded to the show’s Facebook profile photo of the couple by writing: “Who is this couple? I must be behind on things lol.”

Most everyone speculated that they must have been models that were hired to shoot promotional images, but something about that just didn’t seem right to me. I later spoke with a reliable source who told me that wasn’t the case, and that the couple was a real couple that TLC planned to use on the show!

It is unclear exactly what happened, but from what I understand, TLC and the show’s production company bailed on the couple after filming for quite a while — long enough for her to fly to his country and for the two of them to meet. (Oh, and to pose for promotional photos and videos.)

I’ve been working DILIGENTLY on this case for weeks now, and I am disappointed to say that I have been unable to crack it. So, I decided I would just present the limited amount of information I was able to find and issue a challenge to all the other 90 Daytectives to take that info and see what they can come up with.

From what I can determine, the man is from South America — most likely either Colombia or Brazil. I was able to get a high enough resolution version of the photo to see the tags on the pink suitcases — which I assume belong to the woman in the photo. One of the suitcases is CLEARLY tagged LAX (Los Angeles) and the other appears to be PHX (Phoenix): 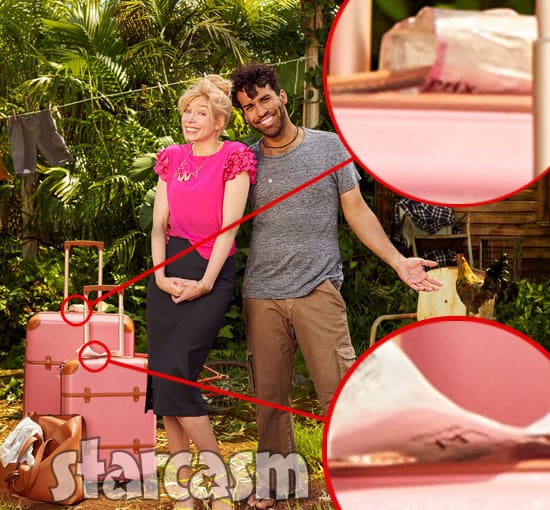 Annnnnnnnnnd that’s it. That’s all I have. Believe me, no one is more disappointed in the lack of “evuhdens” in this binder than I am. Given the amount of fraud and shadiness we have seen from previous cast members, I am DYING to know what these two did to get booted! I can’t even imagine! We will keep our eyes and ears open and will update if we get any more information.

On a side note, TLC nixing a 90 Day Fiance franchise couple that would later show up in promos is nothing new. Check out this official video for Len and Alina from Season 1 — a couple that never made it on the actual show:

90 DAY FIANCE Larissa updates after arrest: ‘nobody was scratched or hurt’