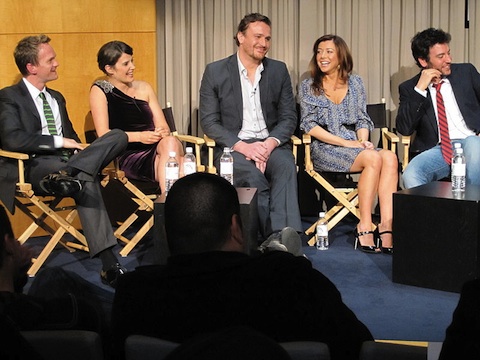 Remember beloved television program How I Met Your Mother? Remember how much fun it was to watch lovable goofball Ted Moseby fumble his way through a series of relationships, determined above all to find true love for himself?

Well, for those of you who aren’t aware–this is a semi-spoiler alert, but the show did end months ago–Ted finally found true love. It came in the form of Cristin Milioti’s character Tracy McConnell, who defied all odds by being not only watchable after an eight-season buildup, but also downright charming.

And then–another spoiler alert here, just in case you’re one of the seven people in the world who hasn’t seen or heard about this yet–How I Met Your Mother creators Carter Bays and Craig Thomas decided that it would be a good idea to kill the Mother off in the series finale, instead of letting Ted have forever the true love for which he had forever longed.

It was not the most satisfying finale to a television program of all time.

But: those same devious creators announced that the Season Nine DVD would feature an alternate ending, one without new footage, but which was edited such that it radically changed the lives of the show’s characters.

Well. That certainly is a change. What do you think? Is it more satisfying than the original? Is neither one any good? Could your five year-old have written a better conclusion?