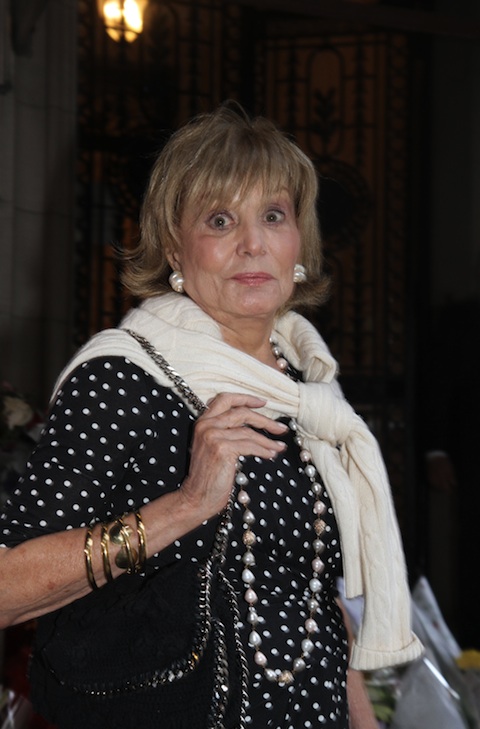 In her 2012 memoir I Hate Everyone…Starting With Me, Joan Rivers laid out very specific instructions for her funeral. Among them were the following:

I want my funeral to be a big showbiz affair with lights, cameras, action. I want paparazzi and I want publicists making a scene! I want it to be Hollywood all the way. I don’t want some rabbi rambling on; I want Meryl Streep crying, in five different accents. I don’t want a eulogy; I want Bobby Vinton to pick up my head and sing “Mr. Lonely.” I want to look gorgeous, better dead than I do alive….

She didn’t get every one of her wishes, but Joan Rivers’ Sunday memorial service was a star-studded and merry affair, complete with musical numbers and stories full of the kind of salty language you don’t normally hear in a religious building. 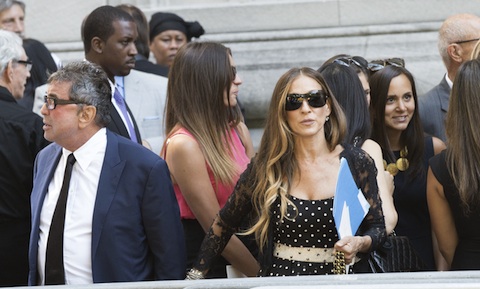 Among the surprises: The New York City Gay Men’s Chorus sang renditions of several Rivers-centric tunes, including “What A Wonderful World,” “There Is Nothing Like a Dame,” and “Big Spender.” 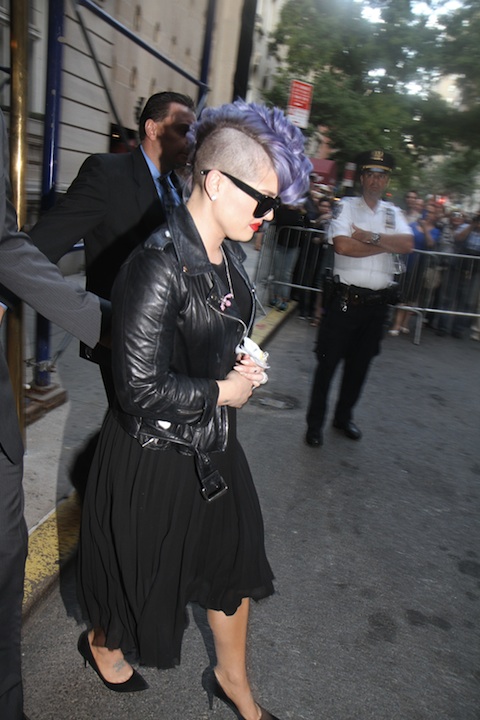 Among the many stars who aligned for the memorial: Barbara Walters; Sarah Jessica Parker; Kelly Osborne; Donald Trump; Dr. Mehmet Oz; Diane Sawyer; Kathy Griffin; and Howard Stern, who was one of three guests to deliver remembrances of Rivers. 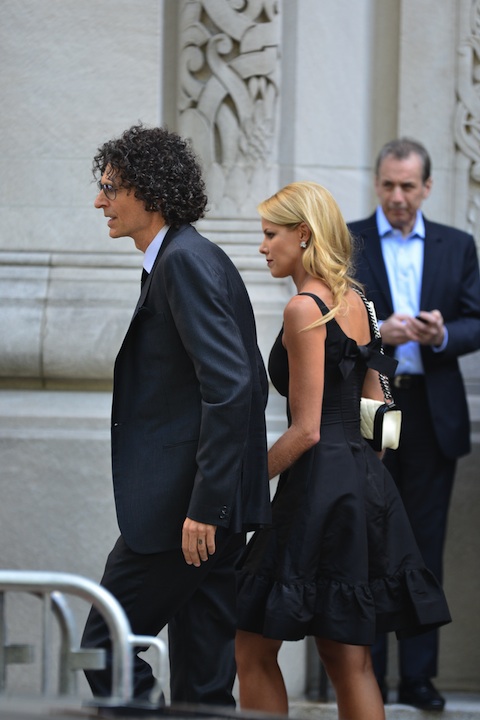 Additionally, the New York Police Department’s Emerald Society played “New York, New York” on bagpipes as the mourners filed out. Doubtless, Rivers would have had a thing or two to say about their garb. 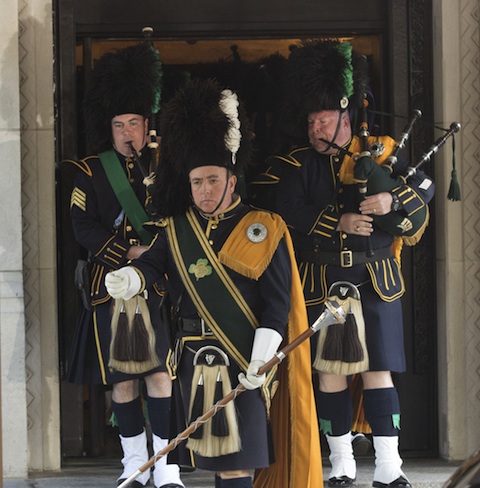 In related news, Chris Rock is the latest to pay tribute to Rivers. He put her life and career into some serious perspective during an otherwise routine interview at the Toronto Film Festival this weekend. Check it: