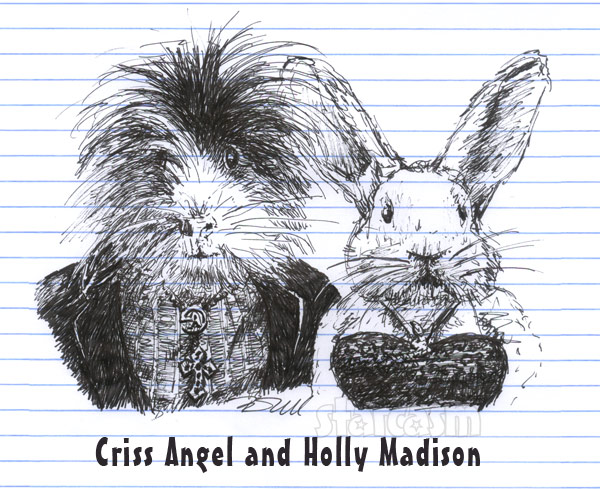 In Holly Madison’s new tell-all book Down the Rabbit Hole: Curious Adventures and Cautionary Tales of a Former Playboy Bunny, the former Girls Next Door star and Hugh Hefner ex “tells all” about her time living in the Playboy mansion alongside Bridget Marquardt and Kendra Wilkinson. But perhaps the most eyebrow-raising portions of the book are the chapters dedicated to Holly’s 2008-09 relationship with Hot Topic posterboy magician Criss Angel.

Holly says she and Criss met while she was still living in the Playboy Mansion, but insists they only flirted — until after she broke things off with Hef. Once Holly did break it off with Hef, and revealed she was leaving the mansion, she says Criss was quick to invite her to live with him. Holly claims to have declined the offer at first, but says her “need to feel loved would win out over my need for independence,” and so she took him up on his offer. 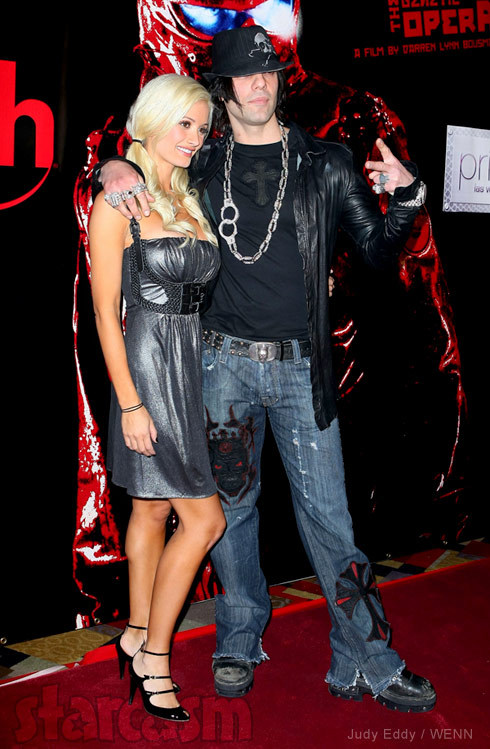 Once they began dating, Holly says Criss became very controlling and manipulative — both of her and the public perception of them. She says Criss tried to isolate her from her friends and was jealous of her fame. “For all his fame, fortune, and success, Criss, to me, seemed cripplingly insecure,” Holly writes.

Holly also says that Criss would tip off the media and tabloids and arrange “candid” paparazzi shoots. She further claims that he tried to use their relationship as a distraction from his critically panned Las Vegas show.

The blonde reality starlet then compares Criss to her ex Hugh Hefner. “This was starting to feel all too familiar,” she writes, adding, “Hef was a master of manipulation and knew how to cripple a girl’s self-esteem. Criss, on the other hand, just scared me.”

Holly describes Criss as having an “explosive temper,” and, although she says he was never actually physically violent with her, she was “scared that something of that nature might be lurking around the corner.”

Holly says she soon realized she and Criss didn’t have much in common and that she “found him to be unintelligent” and “virtually illiterate.”

Holly’s Criss diss isn’t the only headline-worthy fallout from her book, however. Her comments about Hugh, life in the Playboy Mansion, and Kendra Wilkinson have also garnered a lot of media attention. Here are some samples from our own library:

Holly Madison ‘opens up about the drugs, the sex, the abuse’ within the Playboy Mansion

Why aren’t Kendra Wilkinson and Holly Madison on speaking terms?

Holly Madison on her relationship with Hugh Hefner, what convinced her to leave

No one has any idea whatever happened to Criss Angel. (Just kidding. I’m sure someone knows.)

If you’re curious about the drawing at the top of this post, it dates back to the early, early days of Starcasm, when I used to do pen and ink drawings on notebook paper for each and every post. The drawing of Criss Angel and Holly Madison as guinea pig and bunny was always one of my favorites, and I couldn’t write this post and without reusing it. Here’s another throwback drawing from when I invented a new Criss-themed children’s game. (We were a little more harsh back in the day.) 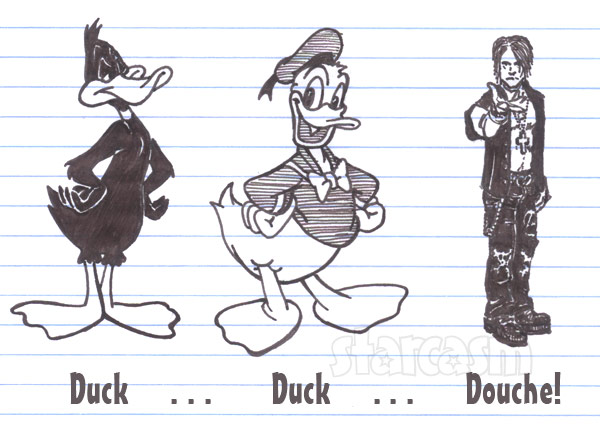