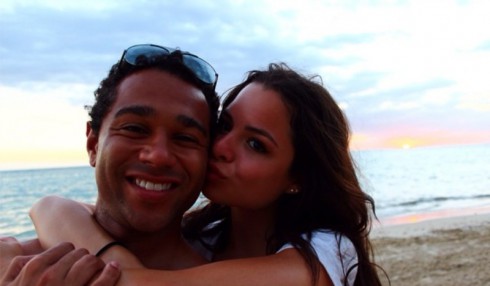 Talk about a Disney fairytale! With Cinderella’s Castle as the backdrop, High School Musical‘s Corbin Bleu popped the question to girlfriend Sasha Clements at Walt Disney World on Wednesday.

“I’m very excited to begin this next chapter of my life with the woman who stole my heart,” Corbin, 25, told People.

The Dancing With the Stars runner-up and Sasha met at a Toronto grocery store in 2011 and have dated ever since. She recently starred in How to Build a Better Boy, a Disney Channel Original Movie.

Leading up to the proposal, Corbin and Sasha, 24, spent the day at Universal Studios where they explored The Wizarding World of Harry Potter.

They later moved over to Walt Disney World in time to watch the daily fireworks. Just before the show, Corbin presented Sasha with an engagement ring inside a glass slipper.

Congrats to the couple!