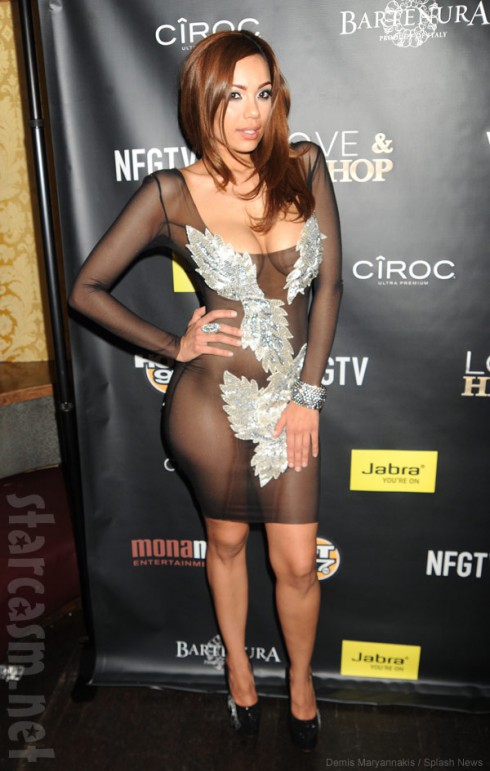 If you want to stand out at a Love & Hip Hop Premiere party then you’ve got to being it! And damn did Erica Mena bring it last night in New York City as the ladies turned out for the Season 3 kick off bash at Kiss & Fly!

Mena was sporting the very revealing “Her” dress designed by Elizabeth Flores of iCandyCouture, which was 99% see-through mesh and 1% silver sequins. (The percentages weren’t actually that extreme, they just seemed that extreme!)

How about a Love & Hip Hop flip flop so we can check out the backside? 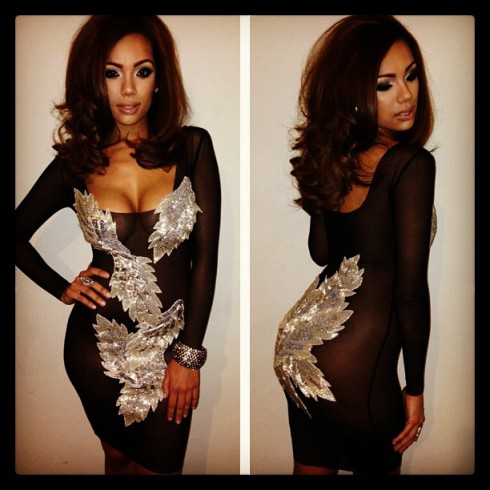 Mena and the rest of the L&HH crew will return to VH1 Monday night at 8/7c with a whole new season of hot mama drama which has helped it become one of the network’s most successful shows. (With an equally successful spin-off in Atlanta!) In addition to the drama, there is apparently some romance heading Erica’s way. 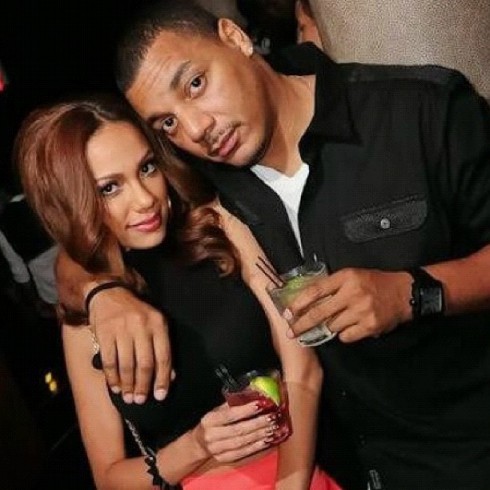 In the preview trailer we see her getting cozy with Rich Dollaz (above), the manager for singer/reality star Olivia. So how serious is their relationship? On Wednesday Erica tweeted a photo of a number of wedding magazines along with the seemingly innocent caption, “Red Eye Flight.” The photo had fans wondering if Erica Mena and Rich Dollaz were engaged, and that’s exactly the questions posed to the couple by TheJasmineBrand.com at a recent Love & Hip Hop Season 3 screening.

The Jasmine Brand: We were all over your Instagram and we noticed some wedding ‘stuff’. What’s up with with that?

The Jasmine Brand: Are you engaged, in real life?

Rick Dollaz: Yes, we are engaged. That’s my girl.

It doesn’t get much clearer than that! (Although it does seem strange Erica wasn’t wearing any ring bling last night, especially since a HUGE diamond would have matched her outfit perfectly!) Congratulations to Rich Dollaz and fiancee Erica Mena (Soon to be Erica Dollaz?) I’m thinking Erica may need to take inspiration from Honey Boo Boo and adopt the new catch phrase, “Dollaz make me hollaz, honey boo boo child!” ***SNAP SNAP***

Here are Erica and Rich “gettin romantic with it” (to stick with the Honey Boo Boo theme) at last night’s shin dig via @GlobalGrind: 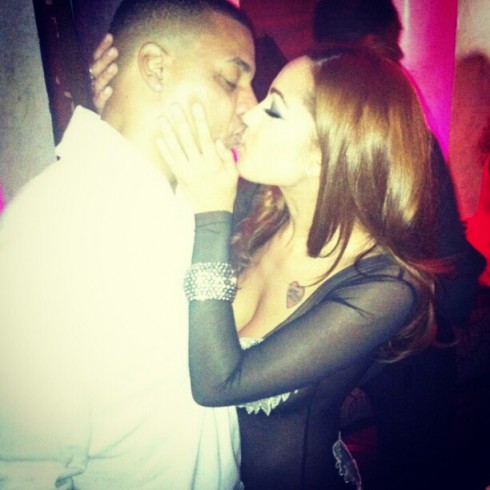 Oh, and in case you’ve got an upcoming event you want to pwn, you can purchase your very own “Her” dress (in varying colors!) for only $500.00. Just head over to icandycouture.bigcartel.com and grab you one now! ***WARNING*** In order to pull off the “Her” dress you have to have a stunning body. Otherwise, it will backfire on you.

Let’s take one last look, shall we? This photo is courtesy of @BlogXilla: 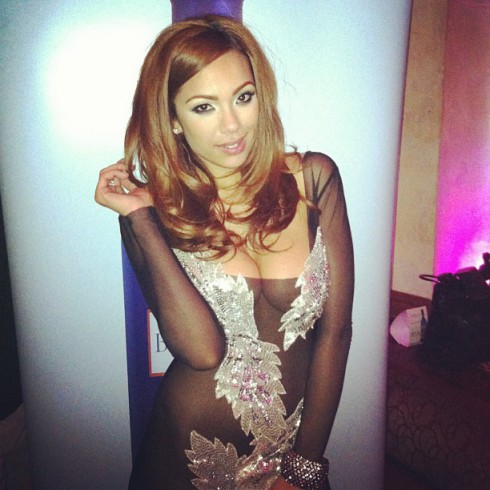 Grrrf! I honestly don’t know if there’s a finer reality star on the planet right now!